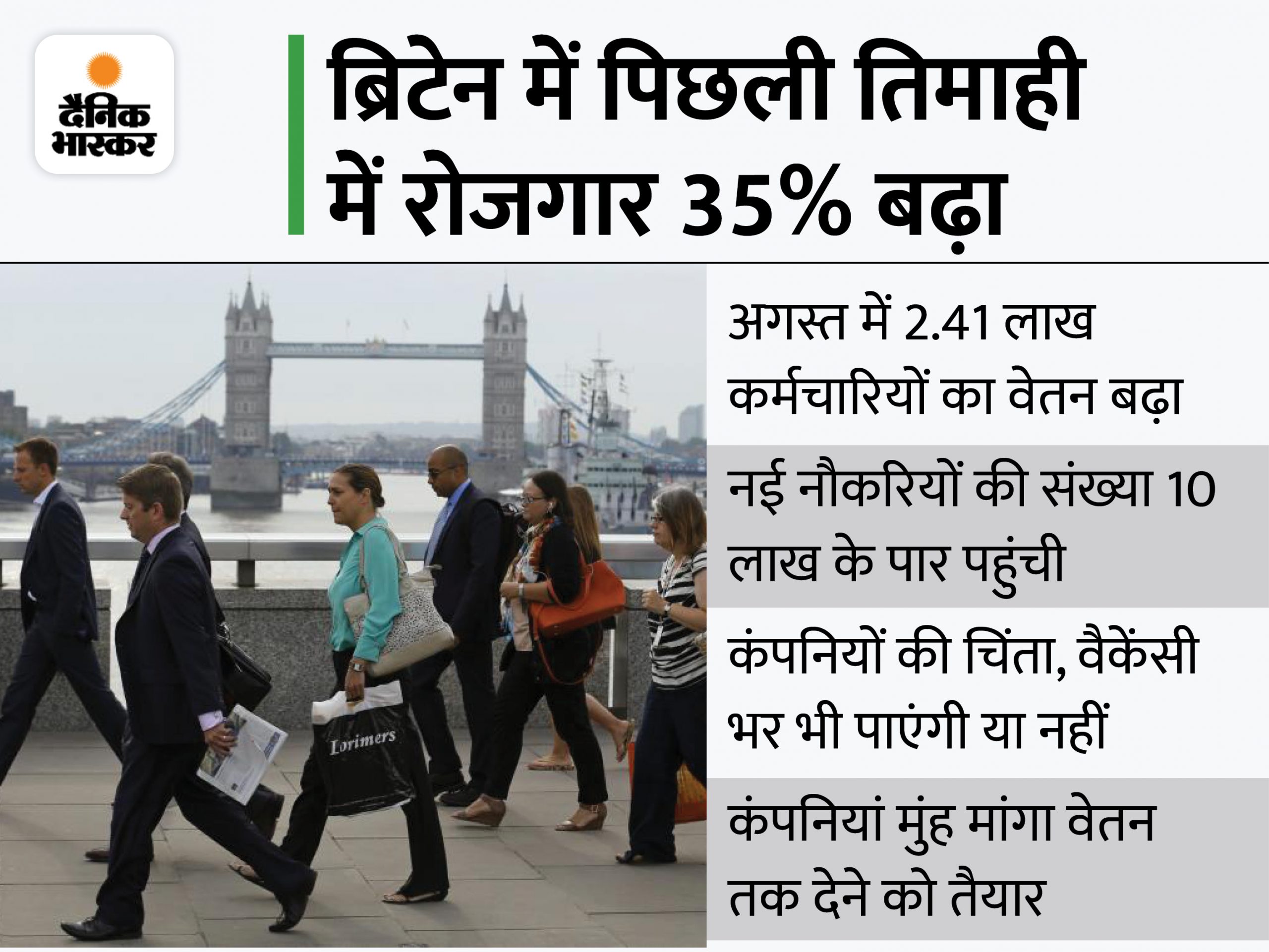 According to Bloomberg, job creation indicates that the market is consolidating.

There is good news from Britain amid the Corona epidemic vaccination. The salaries of the employees of the companies there have now reached equal to or above the pre-covid level. The situation is that the recovery of companies is getting better than expected. Companies making appointments are not getting people to speed up the stalled business due to Brexit and lockdown.

Companies ready to pay exorbitant salary
To deal with this problem, companies have agreed to pay even the demanded salary. Data from the Office for National Statistics (ONS) showed a 35% increase in employment on a quarterly basis. The salaries of at least 2,41,000 workers in companies have increased in August. The number of new jobs has crossed 10 lakhs. This is the first time in the Corona era, when so many jobs have become available. This shows that business is going on even in the era of virus and the market is upbeat.

Effect of interruption in labor supply on growth
The disruption in labor supply is also affecting the growth of all sectors. According to Bloomberg, job creation indicates that the market is consolidating. In these circumstances, the Bank of England can think of raising interest rates in the first half of next year. According to Kitty Usher, chief economist of the Working Group of Companies, the economy has reached a better position. The pace will pick up as soon as the holidays are over.

Worry of companies – will the vacancy be filled or not
The concern of the companies is whether the workers will return to jobs or not, because the people who are working are not enough. Right now 60 lakh people are not coming to work due to illness, recovery or studies. In Britain, the maximum 60,000 new jobs have emerged in the sectors related to housing and food service. After this, there are up to 40 thousand vacancies in health and social work, retail, professional scientist and technician, traffic-godown, administration, manufacturing, education etc. The fewest jobs are vacant in the water supply-sewage sector.