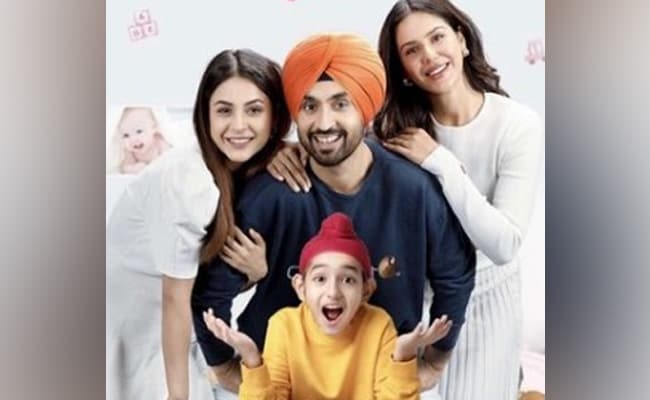 Congratulating someone for their upcoming endeavors always boosts their motivation. Giorgia Andriani, who has made a mark in the minds of the audience for her personality, for her friends’ latest release, Actress Georgia Andriani has wished talented actress Shehnaaz Gill heartfelt wishes for her upcoming film ‘Hausla Rakh’. Giorgia Andriani and Shehnaaz Gill share a great bond with each other, the actress worked with Shehnaaz Gill’s brother for her debut album ‘Little Star’. Georgia worked with Shahbaz for his debut single, which was produced by Shahnaz Gill.

Shehnaaz Gill is all set to make her presence felt in the Punjabi industry, the actress who is soon making her debut with the movie ‘Hausla Rakh’ opposite Diljit Dosanjh and Sonam Bajwa. During this, Georgia Andriani extended her warm wishes to her friend Shehnaaz, she shared the poster of ‘Hasla Rakh’ on her Instagram story and wrote on it ‘Now, can’t wait, stars are born to shine’ Surely the Punjabi beauty is one such star. Which keeps shining day by day.

Giorgia Andriani was also there to support the Punjabi actress during her tough times. However, after such a tough time, actress Shehnaaz Gill came out with a smile on her face and is happily promoting her film. Giorgia Andriani is truly one of our best inspirations, this talented beauty never forgets to admire one’s hard work and talent.

On the work front, Giorgia Andriani made her debut in the South with the “Caroline Kamakshi” webseries. The actress was seen in the evergreen song “Roop Tera Mastana” in her music album with Mika Singh, which received an overwhelming response from the audience. At the same time, she will soon be seen in the film ‘Welcome to Bajrangpur’ with Shreyas Talpade. Georgia has more exciting upcoming projects to be announced soon.