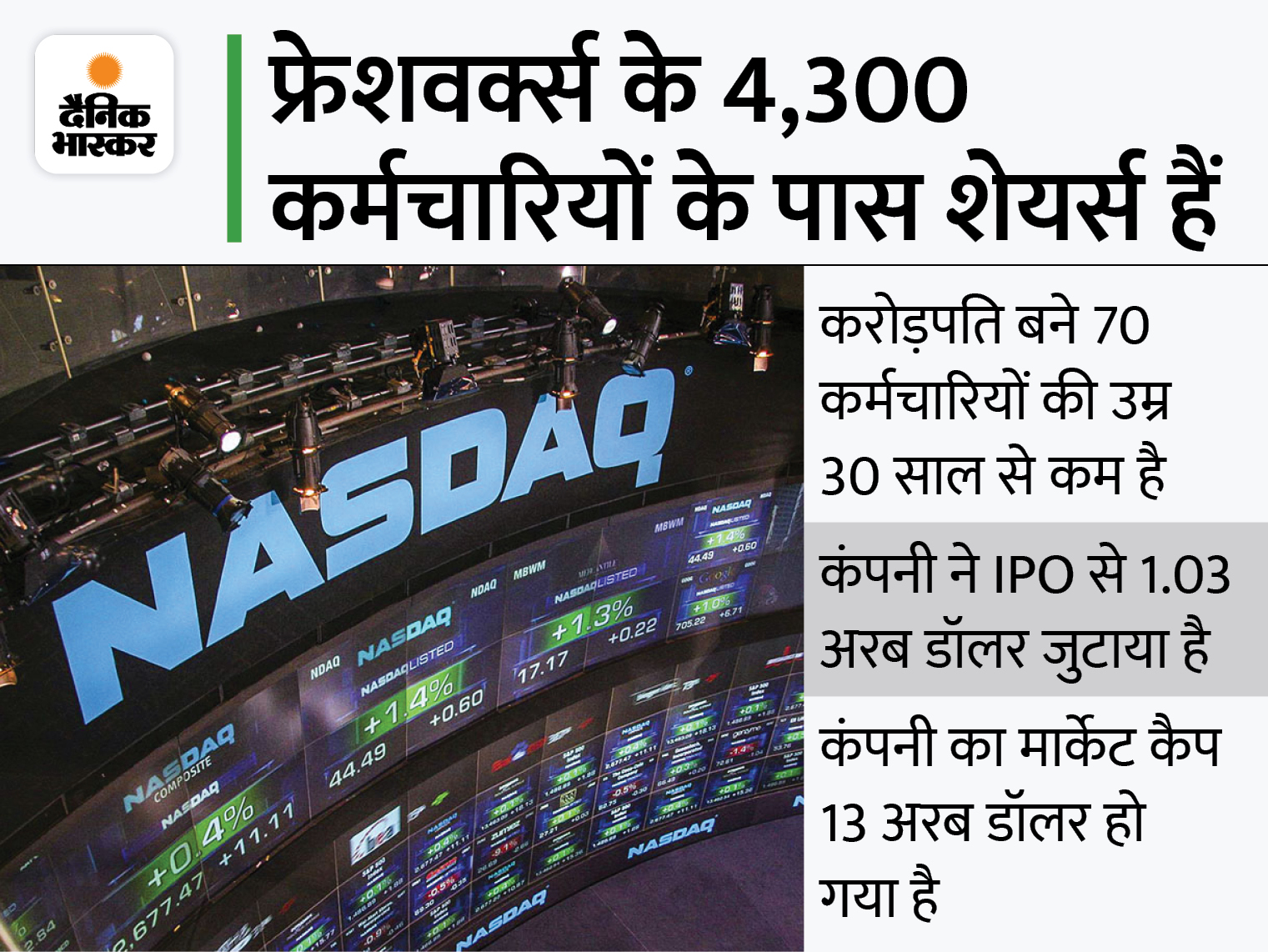 Business software maker FreshWorks’s 500 employees have become millionaires in a jiffy. Shares of Freshworks were listed on the US stock exchange Nasdaq. Due to this, the prices of the shares received by the employees suddenly increased. The company has raised $1.03 billion through IPO.

Listing of shares done at a price of $36

Freshworks listed on the Nasdaq on Wednesday at a price of $36 per share. After this, the stock reached a price of $ 48 with a gain of 25%. This increased the company’s market cap to $13 billion. Due to which the prices of the shares received by the employees also increased. The company had sold 2.85 crore shares in the IPO. The price of one share was fixed at $36.

76% of employees own shares

Shares are held by 76% of the employees of the company. 76% means 4,300 employees are holding shares. Of the 500 employees who have become millionaires, 70 are below 30 years of age. These employees had joined the company a few years back after completing their college degrees. The company had raised $154 million in November 2019 from investors like Sequoia and Accel at a value of $3.5 billion.

Freshworks is the first Indian software product firm to be listed on the US NASDAQ stock exchange. The company will use the money raised from the IPO for working capital, operating expenses and other expenses. The company will also use some of the money for the acquisition of another company.

The company was started in 2010

Freshworks was established in 2010 in Chennai. Its earlier name was Freshdesk. In 2017 it was renamed to Freshworks. It has more than 52,500 customers. Since the listing of this company, many such companies can now go to foreign markets for listing.