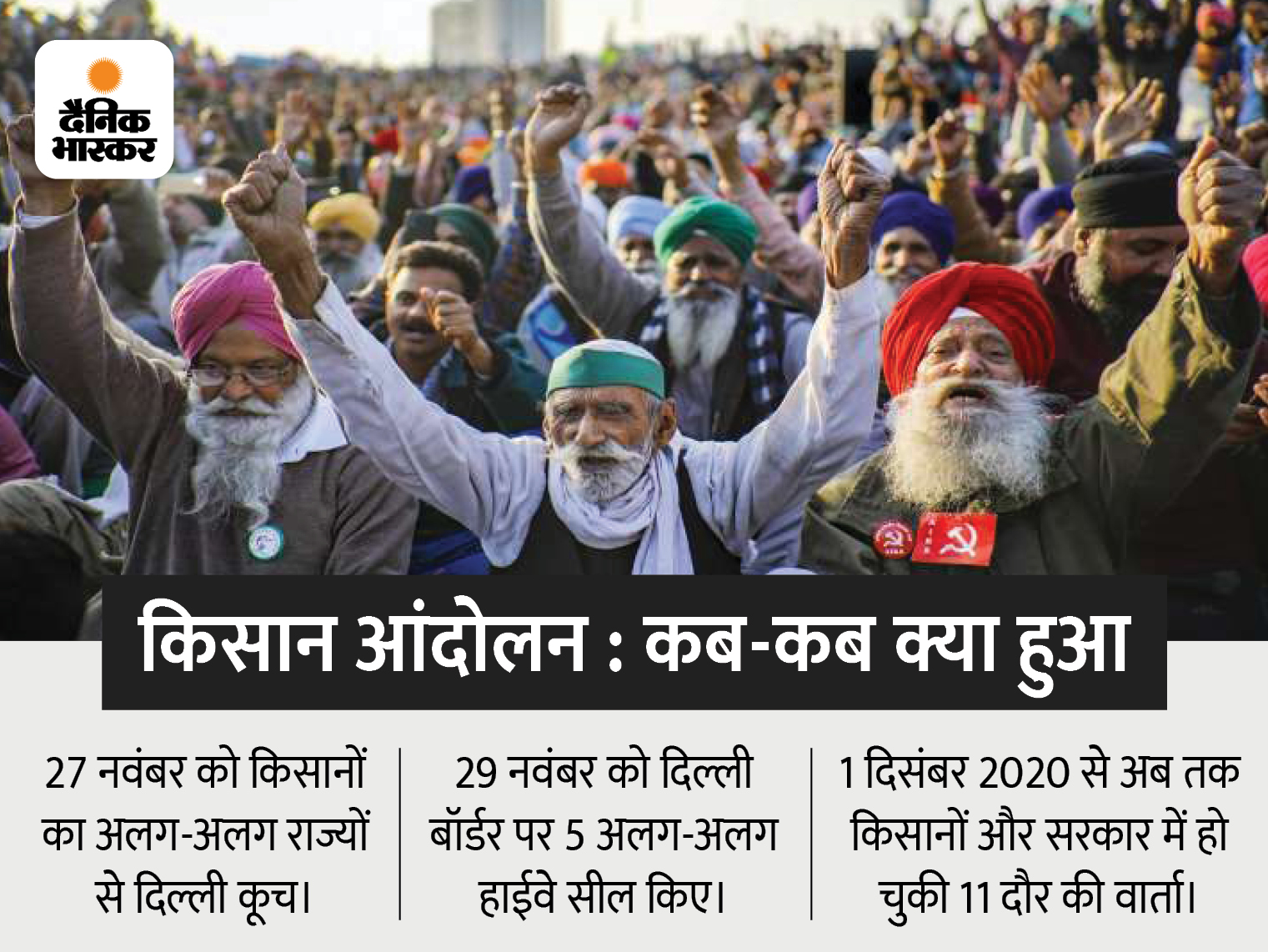 After Karnal, farmers have softened their attitude even on the Delhi Singhu border. After 9 months of the farmers’ agitation, on the request of the administration, they have agreed to open NH-44 from one side. It is being said that the way to end this deadlock is open from Karnal itself.

After the order of the Supreme Court, Sonepat Deputy Commissioner Lalit Siwach reached among the farmers on the Kundli-Singhu border on Tuesday. He appealed to the farmers to cooperate, citing the order of the Supreme Court and the problems being faced by the common people. To remove the problem, he asked people to give commuting route on GT Road. On his request, the farmer representatives assured to consider it.

Farmers’ settlement has been formed on the Singhu border.

On Tuesday itself, a meeting of farmer representatives with district and police administration was held under the chairmanship of the Deputy Commissioner in the Mini Secretariat. The Deputy Commissioner said that during the hearing of the petitioner Monika Aggarwal’s PIL, the Supreme Court has ordered that a one-way road on the Kundli-Singhu border on NH-44 should be opened for the common people.

It was agreed to vacate the highway in talks with the farmers’ representatives with the administration.

Hundreds of farmers are staging a sit-in against the agricultural laws by putting up tents on the Singhu border.

There is no movement, now it has become mutiny: Anil Vij
Haryana Home Minister Anil Vij said on the farmers’ movement that it is no longer a movement. People do not bring sticks in the movement, people do not block the way in the movement, they do not bring swords. Instead of agitation, it can be called Ghadar or other words. The Home Minister said that a meeting will be held on Wednesday under the chairmanship of Chief Minister Manohar Lal, in which the next roadmap will be prepared.