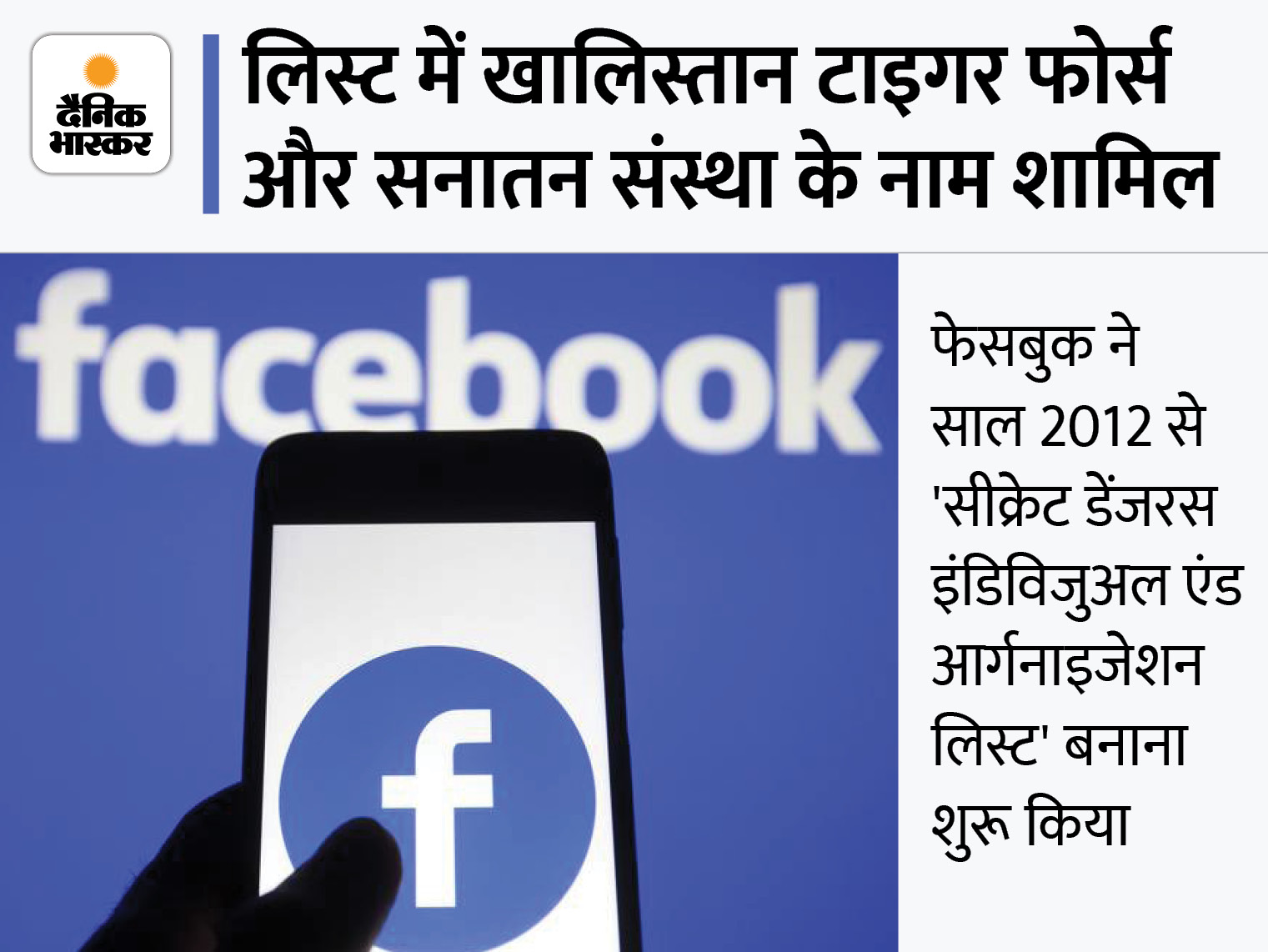 Facebook had prepared a black list of people and organizations inciting riots and doing criminal activities on its platform. Facebook keeps this list with itself in a secret way. But America’s news website Interceptor has leaked this list. It includes the names of more than 4 thousand organizations and individuals from around the world. Talking about India, the names of 10 organizations like Famous Sanatan Sanstha and Communist Party of India- Maoists have come up.

In fact, Facebook keeps a backlist ready to prevent criminal activity, inciting riots on its platform. Facebook has named it ‘Secret Dangerous Individual and Organization List’. It has been accessed by a publisher named Interceptor and published it on their website.

‘Secret Dangerous Individual and Organization List’ launched in the year 2012
In the year 2012, there was a protest against Facebook, in which it was said that terrorism is being promoted from Facebook. Then Facebook started blacklisting such organizations to stop terrorist activities on its platform. Which was named ‘Secret Dangerous Individual and Organization List’.

According to the report of The Intercept, Facebook has blacklisted 4,000 people and organizations so far. Including politicians, writers, charities, hospitals and music acts. Facebook has not opposed the blacklist issued by The Intercept, but it has definitely said that the company keeps this list secret. The employees of the company coming out of it can be in danger.