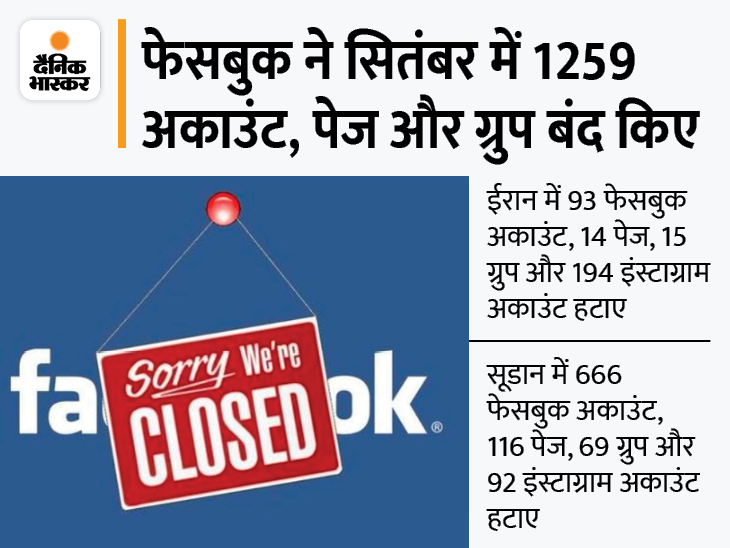 Facebook will now ban accounts that post sexual content. The company has updated its policy. Under this, if a user targets public figures like celebrities, politicians, cricketers and journalists, then action will be taken against them. In this, the user’s profile, page, group or event will be removed forever.

It is often seen that many users on social media make and share memes of Bollywood stars, cricketers and politicians. Now making such jokes can be heavy on people.

Facebook’s Global Safety Head Antigone Davis said in a blog post that users who tarnish people’s image and harass online will be dealt with strictly. The company has highlighted the difference between a public figure and an individual by making changes in the policy, so that freedom of expression can be properly implemented.

There will be a change in the rules for sending direct messages
Facebook will remove posts that target people collectively. Along with this, the rules for sending direct messages to the inbox will also be changed. The company will make the comments on the profile and post secure. Facebook says it will list celebrities and celebrities to protect them from online harassment.

Facebook came into controversy by sideline the team that stopped the wrong post
Facebook’s policy update comes after the disclosure of its former employee Frances Haugen. Haugen’s revelations were also published by Time magazine. It was told that Facebook has isolated all members of the team fighting against misinformation and hate posts on social media. Facebook removed this team in December 2020. Haugen also said that the company also hid its internal survey, which revealed how the Instagram algorithm was negatively affecting the minds of youth.