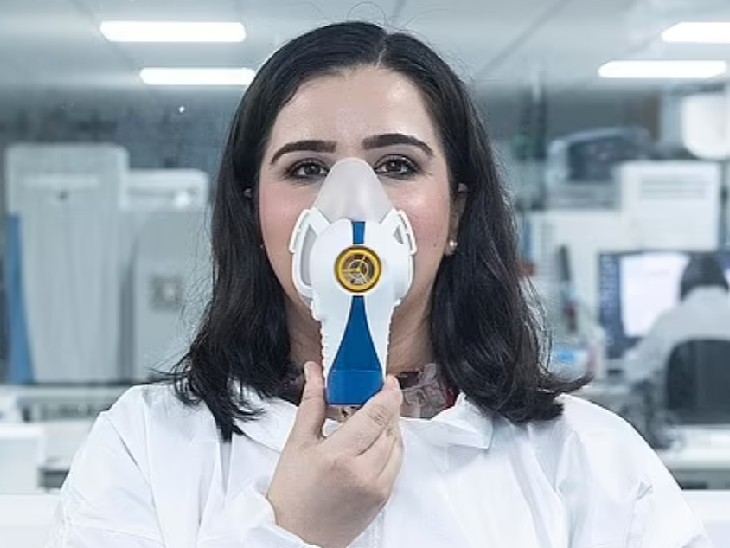 Scientists are working to develop new types of tests to identify diseases. An example of this is the electronic nose. Diseases like liver, lung and colon cancer can be detected through electronic nose. To check for diseases, this nose has to be applied like a mask on your nose and the disease will be detected in no time.

UK-based biotech company Oulstone Medical, who prepared it, says that work is also being done to detect Kovid with the help of electronic nose (e-nose). It is also called e-nose.

According to the research, usually the patient does not feel comfortable while giving blood, urine and stool samples, but the new test will prove to be very easy for the patients and will also take less time.

How does an electronic nose work?
This e-nose detects the disease by detecting the smell of disease coming from the patient’s breath. Scientists say that when humans exhale, there are more than 3500 Volatile Organic Compounds (VOCs) in it. It consists of extremely small gas particles and microscopic droplets. E-nose detects chemicals present in volatile organic compounds and detects diseases.

It took 51 years to make the device
The idea of ​​​​creating it came to the scientist only in the 1970s, but it took decades to convert this idea into a sensitive device, programming to recognize volatile organic compounds and creating sensors. Its trial is going on in many countries around the world. The results, especially in the UK, have been impressive.

Experts say, in the next five years, the test done through e-nose will become like a routine test. Continuous work is being done on this. Scientists say, it is being tried that the device can also tell which medicine will be better for the patient according to the disease.

The same technique used for cancer screening
Through this technique, clinical trials related to breathing are going on in many countries around the world. It also includes trials related to cancer. The goal of the trial is to detect cancer early. The trial is being conducted on 4000 patients in UK hospitals in collaboration with Cambridge University and the NHS Foundation.