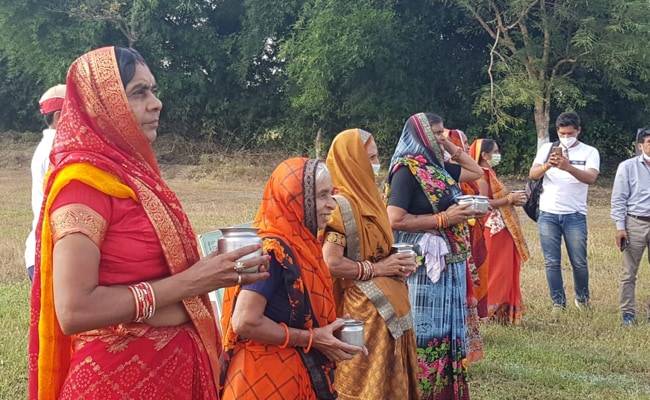 Daughters-in-law do not go to open defecation, so mother-in-law did a unique work, ran with a lot of water in her hand

The problem of open defecation is one of the serious problems of our country. Which even today the women of the village have to face. In such a situation, a unique running competition was organized in Bhopal district of Madhya Pradesh, which was named Lota race. Bhopal district administration organized lota race in Phanda village on Tuesday. In which 20 mother-in-laws participated and raced by filling water in the lot for the daughters-in-law. This race is now a matter of discussion among the people.

Actually, the main objective of this event was to end open defecation and spread awareness against it and this unique race was named ‘Lota Run’. Mother-in-law, a participant who took part in the race, said, “Through this race, we urge our daughters-in-law not to go for open defecation as now every house has toilets.”

“Through this race, we urge our daughters-in-laws not to go for open defecation because now every household has toilets,” a participant said pic.twitter.com/ecIQ4xAVWz

This race was a unique race won by Radha Prajapati, Manju Prajapati and Arpita Prajapati, who finished first, second and third. His daughters-in-law congratulated him by garlanding him. At the same time, the daughter-in-law took a pledge not to defecate in the open. The goal of all mother-in-laws who participate in this race is to stop their daughters-in-law from defecating in the open. In this race, the mother-in-law had to run for about 100 meters with a bottle full of water in her hand and finally after reaching the daughters-in-law, she had to throw the lotus full of water. The main objective of the program was to create awareness in the villages which have been declared open defecation free, so that people especially women do not go out.

Vikas Mishra, CEO, Bhopal Zilla Panchayat said, “It was to demonstrate their resolve that they would not allow their daughters-in-law to do what they have been doing throughout their lives. We chose women because they are more determined and less digressive. And it is easy to motivate them for good work like cleanliness. He said that the main objective of this lota race is to discourage open defecation. They should use toilets. They should also inspire others.

See also this video: This snake runs on the ground at the speed of rocket, it will stand up after seeing anger