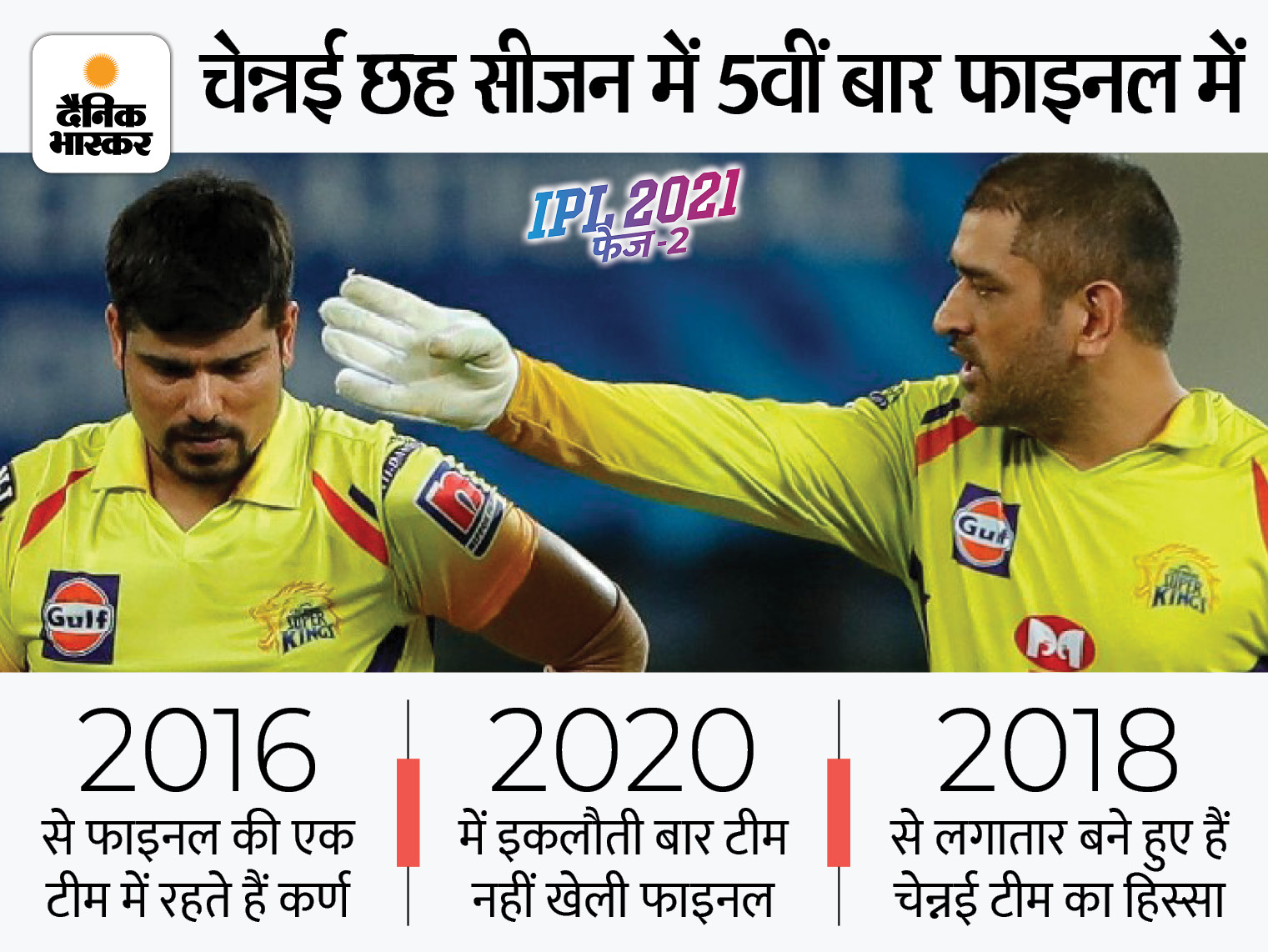 During the final of the 14th season of the Indian Premier League (IPL), a player will be present on the bench of the team dugout who is considered the “lucky factor” for his team despite not playing in the match.

This cricketer is Mahendra Singh Dhoni’s Chennai Super Kings all-rounder Karn Sharma, playing the final for the 9th time in 14 IPL seasons, who will be part of the IPL final match for the 5th time in six seasons.

Four time finals, three teams got lucky
Apart from bowling leg spin, Karn’s IPL record, who has also batted well, may not be very impressive. But his presence is considered lucky for the team. The reason for this is that in the last five IPL seasons, three different teams with his presence reached the finals four times. Out of these four occasions, his team has won the title three times, while his team has lost once reaching the final.

Lucky journey started from 2016
Karn played his first IPL match in 2013 for Sunrisers Hyderabad. But the “Lucky Charm” tag associated with his presence came from IPL-2016, when Sunrisers Hyderabad was successful in winning their only title.

In the next season i.e. IPL-2017, Karn Sharma got a place in the Mumbai Indians captained by Rohit Sharma and he also won the title.

The next year, Karna’s team changed again and he became part of Chennai Super Kings, which was returning from IPL 2018 after a two-season ban. While Chennai on the one hand made their comeback successful with a title win over Karn’s old side Sunrisers Hyderabad, Karna became the first cricketer to win the title for three different teams in three consecutive seasons to his name.

Under Dhoni’s captaincy, Chennai reached the final in the next season as well and Karn was once again a part of it. However, this time Mumbai Indians won the title by defeating Chennai Super Kings. But with the name of Karna, the unique tag of being in the team that played the finals continuously was added. Now Dhoni’s team is once again in the IPL final and Karna is also a part of it.

He is getting hefty fees for “luck” for not playing in the match
Karn Sharma has so far scored 316 runs in 8 seasons of IPL by playing 67 matches, while 59 wickets have been registered in his account at an economy rate of 7.90. In these too, Karna has not got to play any match in the current IPL.

At the same time, in the previous three seasons, Chennai Super Kings have given Karn a place in just 12 matches in the presence of South African leg-spinner Imran Tahir and Indian spinner Ravindra Jadeja. Even in these 12 matches, Karna has not scored a single run and has taken only 10 wickets.

Despite this, Chennai Super Kings, who stunned Mumbai Indians by paying him a hefty amount of Rs 5 crore in 2018, has been retained continuously, for which this “lucky factor” can be held responsible.

Now it remains to be seen whether this “lucky factor” by Karn in Friday’s final match will be successful in getting Dhoni his fourth IPL title.