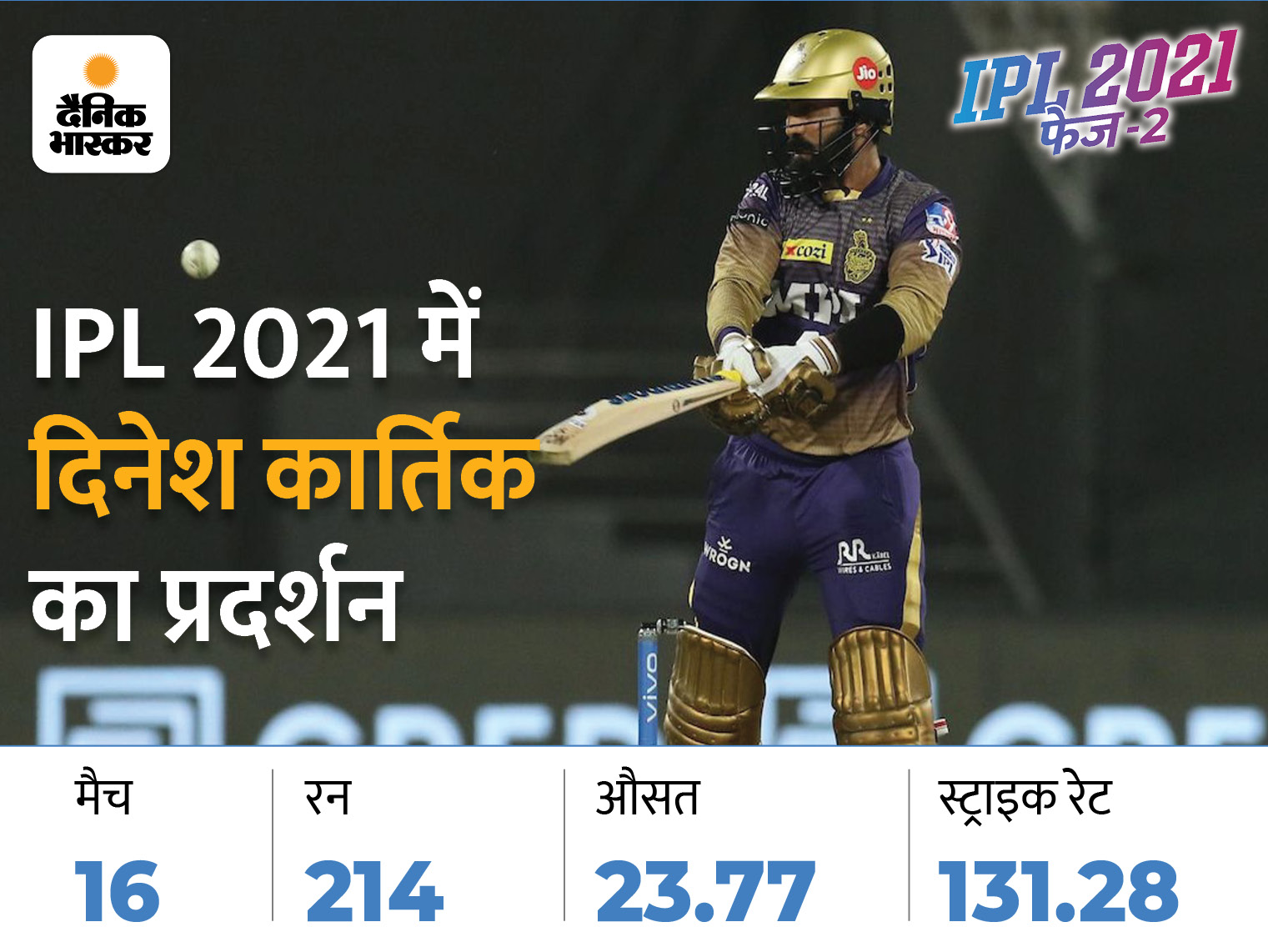 A very exciting match was played between Kolkata and Delhi in IPL 2021 on Wednesday. Delhi team lost by 3 wickets. With this defeat, Delhi is out of the IPL. At the same time, Kolkata will take on Chennai in the final of IPL 2021 on 15 October. Before the final, the Kolkata team has suffered a major setback. The team’s wicket-keeper batsman Dinesh Karthik has been found guilty of violating the IPL code of conduct. He has also been reprimanded for this.

Karthik has not been able to perform well for some time
The press release said, ‘Dinesh has admitted to the offense of Level-1, i.e., violation of Section 2.2 of the IPL Code of Conduct. For this the decision of the match referee is final and binding. Dinesh Karthik’s bat is not running for some time. In the last five innings, Karthik’s bat has scored 0, 10, 14 not out, 18 not out and 11 runs.

Kolkata win in 19.5 overs
Talking about the match, KKR won the toss and called Delhi to bat first, but the team could only make a score of 135/5. Kolkata achieved the target of 136 runs for the loss of 7 wickets in the game of 19.5 overs. With the defeat, Delhi Capitals’ dream of making it to the finals for the second time in a row, captained by Rishabh Pant, remained just a dream, while KKR managed to enter the final for the third time.