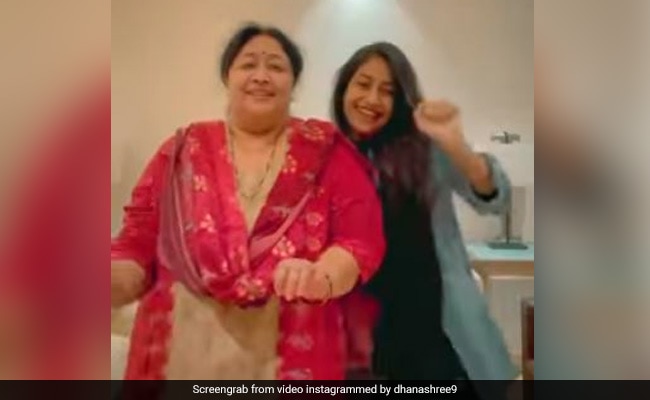 Sharing this video, Dhanashree Verma wrote, ‘Our fun version of Touch It. There was a need to dance with my favorite partner. On this dance video of Dhanashree Verma, a lot of comments are coming from the fans as well as the celebrities and are telling their mother’s dance style as cute.