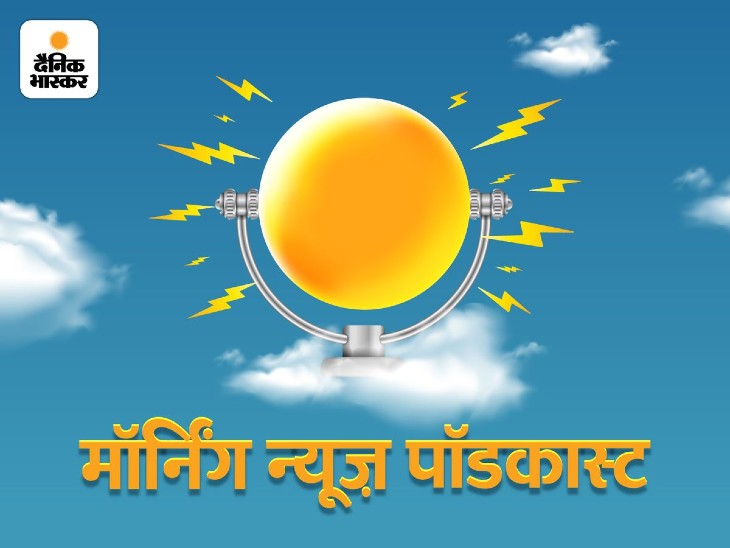 First of all today’s major events, which will be seen

Agni-5 missile capable of carrying nuclear weapons will be tested. Its range is 5000 km.

Now the major news of tomorrow, which will keep you updated.

1. Modi passed over Pakistan instead of Afghanistan

Prime Minister Narendra Modi’s plane, which left for America on Wednesday, did not take off over Afghanistan. This decision was taken for security reasons. He used Pakistan’s airspace for his non-stop flight to America. Prime Minister Modi will have his first bilateral meeting with US Vice President Kamala Harris.
Read full news..

2. Samadhi to Mahant Narendra Giri, but suspense over the cause of death
Mahant Narendra Giri, president of the Akhara Parishad, was given a mausoleum at the Baghambari Math on Wednesday. The last action was completed by Balveer, the successor declared in his suicide note. Earlier, the body of Mahant was done postmortem by a panel of 5 doctors at Rani Nehru Hospital. In the initial report, the matter of hanging has come to the fore. After the samadhi, Balveer was interrogated in a closed room.
Read full news..

3. Delhi tops the points table by defeating Hyderabad in IPL
In IPL 2021 Phase-2, Delhi Capitals will face Sunrisers Hyderabad on Wednesday. Batting first after winning the toss, SRH scored 134 runs for 9 wickets. DC achieved the target of 135 runs with 13 balls remaining for the loss of 2 wickets. With this win, DC have reached the top of the points table with 14 points.
Read full news..

4. Compensation of 50 thousand to the family on death from Corona
The central government will give a compensation of Rs 50,000 to the families of those who lost their lives from Corona. The Center gave this information in the Supreme Court on Wednesday. It also includes those people who were involved in relief and rescue from Corona. For compensation, the family will have to show a death certificate from Corona. A committee will also be formed in every district to resolve the complaints related to this.
Read full news..

5. Captain’s attack – Rahul-Priyanka are inexperienced in politics
After resigning from the post of CM of Punjab, Captain Amarinder Singh has now launched a big political attack. Describing Rahul and Priyanka as his children, the Captain said that he has no experience in politics yet. The Captain also said that Congress would not be able to win even double digit seats in the assembly if Sidhu was the chief ministerial face.
Read full news..

6. World’s largest consignment of drugs recovered in Gujarat
After the Taliban rule in Afghanistan, a conspiracy to make India a drug trade destination has been exposed. DRI has seized 3000 kg heroin from Mundra Port in Kutch, Gujarat. Its price in the international market is 21 thousand crores. This is not only the largest seizure of drugs in the country, but also the largest seizure of a consignment of drugs in the world since the Taliban occupation of Afghanistan.
Read full news..

7. No longer a batsman in cricket, say the batter
In cricket, the gender neutral word batter will now be used in place of batsmen or batswoman. The Marylebone Cricket Club, the law setting body of cricket, has changed the rules of cricket to promote gender equality in the game. The committee unanimously decided to implement this decision immediately.
Read full news..

8. No needle, corona vaccine will be able to reach the body from the plant

On hearing the name of the vaccine, many people start to fear the injection. American scientists are trying to eliminate this fear. They are developing a plant that after eating it will reach the vaccine in humans. It will be started with the Kovid vaccine. It is being developed by scientists from the University of California, USA.
Read full news..

Some important news, only in the headline

what happened today in history
On 23 September 2016, India signed a deal with France to buy 36 Rafale fighter jets. With this, two squadrons of Rafale have been prepared in the country. A squadron consists of 18 aircraft. The first squadron of Rafale has been deployed at Ambala airbase. At the same time, the base of the second squadron of these fighter aircraft is at Hasimara Airbase in West Bengal. The first batch of five Rafale aircraft reached India on 29 July 2020.

Have a nice day, see you tomorrow…