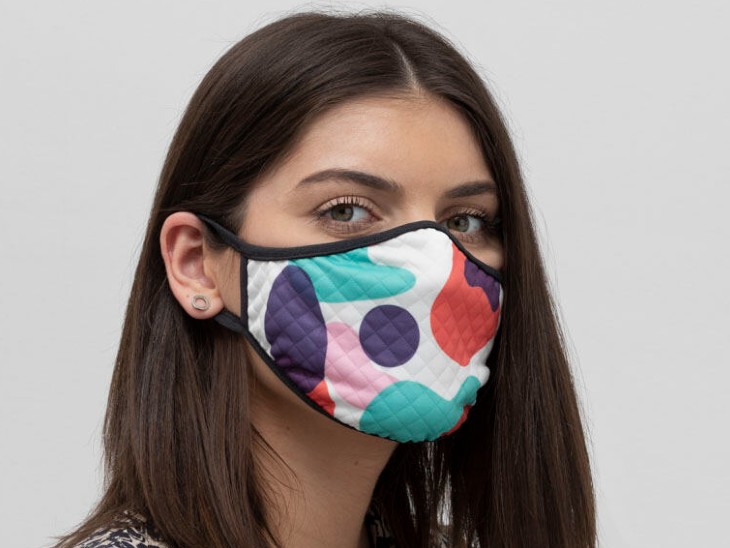 Masks that can be worn after a year prevent the corona particles from reaching humans even after a year. Two layer masks made of cotton do not need to be replaced after a year. This claim has been made in research published in the journal Aerosol and Air Quality Research. According to research, if a cotton mask is properly covering the nose and mouth of the face, then it gives many times more protection than cloth.

So the research
Researcher Merina Vance of the University of Colorado, who conducted the research, says that since the beginning of the epidemic, about 7200 tonnes of medical waste is being generated daily. There are more disposable masks in this. It is becoming a threat to the environment. To reduce this risk, it was researched how much protection masks give after washing and drying.

The mask was mounted on a steel tube for testing. After this, air and airborne particles were released from one side into the tube. How many particles this mask is able to stop due to humidity and temperature fluctuations, it was also tested.

After the experiment, the report revealed that even after washing the cotton mask several times, its filtering ability was not affected. It gives protection even after dozens of washes and uses.

Keep this in mind while wearing a mask
Researchers say, if you wear a mask, keep in mind that there should not be a gap between its layer and the human face. It should fit snugly on the face. Different people’s face shape varies, so wear it according to your face.

In a previous research on masks, it was revealed that when wearing a loose mask, up to 50 percent of airborne particles reach the body during breathing.

Which mask has the ability to stop particles
Researchers say, how the mask should be depends on the extent to which the cloth used in it can stop the virus particles. Research has revealed that cotton masks can block up to 23 percent of fine particles of 0.3 microns. At the same time, clothes usually tied on the face are able to protect only up to 9 percent from these particles.

Take care if you are wearing a surgical mask (non-washable)