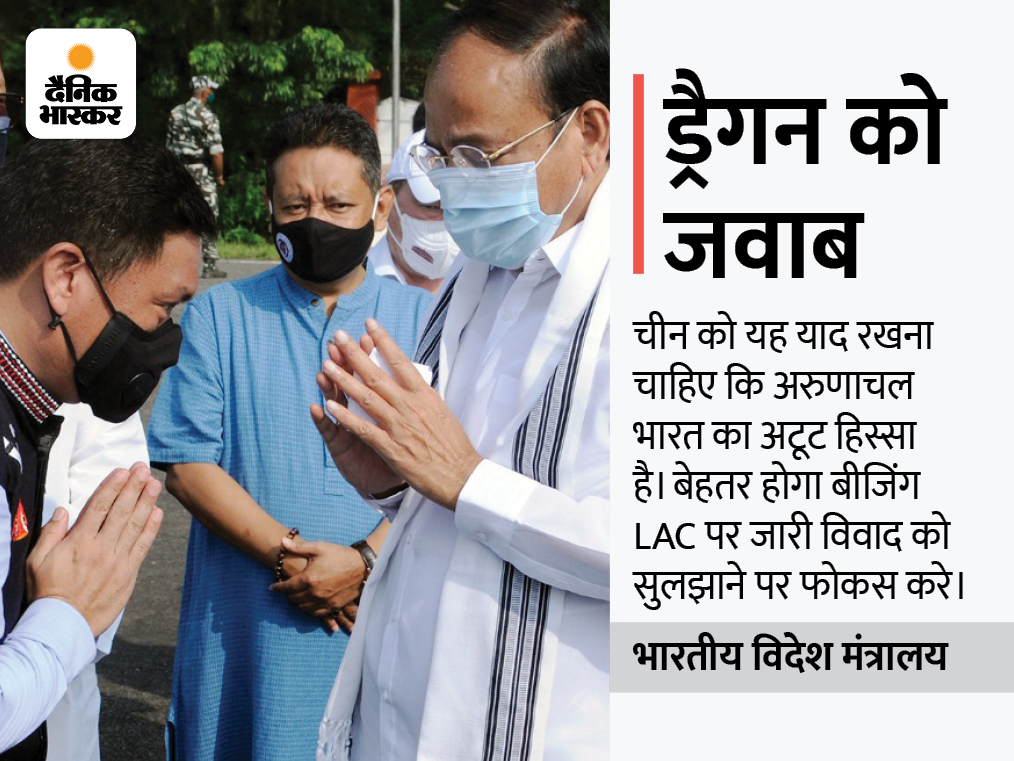 On this, the Ministry of External Affairs of India said that we reject such comments. Arunachal Pradesh is an integral and inseparable part of India.

Our leaders go to Arunachal like other states of India: India
According to a report in The Hindu, Foreign Ministry spokesperson Arindam Bagchi rubbished the Chinese Foreign Ministry’s statement. He said, Arunachal Pradesh is an integral and integral part of India.

China is not responsible for border dispute
The Ministry of External Affairs also termed China’s warning as unnecessary, in which the Vice President’s visit to Arunachal in Ladakh amid the current tensions was said to complicate the border disputes.

Bagchi said, we have already said that the Chinese side is responsible for the current situation along the LAC (Line of Actual Control) in the western sector on the India-China border area, which unilaterally tried to change the status quo in violation of bilateral agreements. .

“We hope that instead of trying to connect unrelated issues, China will work towards an early resolution of the remaining issues along the LAC in eastern Ladakh by fully adhering to bilateral agreements and protocols,” he said.

China said – India’s claim on Arunachal illegal
Earlier, Chinese Foreign Ministry spokesman Zhao Lijian said that the Chinese government has never recognized the unilateral and illegal creation of Arunachal Pradesh by India. We strongly oppose the recent visit of the Vice President of India to the relevant field.

Lijian said that we urge New Delhi to respect China’s core concerns, stop taking steps that aggravate and complicate border disputes, and avoid undermining mutual trust and bilateral ties. Let us tell you that China claims Arunachal as the Zhangnan region of southern Tibet and claims it.

Last week also Chinese army had entered Arunachal
Last week also on Friday, a Chinese army contingent tried to patrol near Tawang, claiming Arunachal Pradesh as its part. A few hours later, some Chinese soldiers were taken prisoner by the Indian Army after a close face-off with Yangtze. He was later released after military talks.