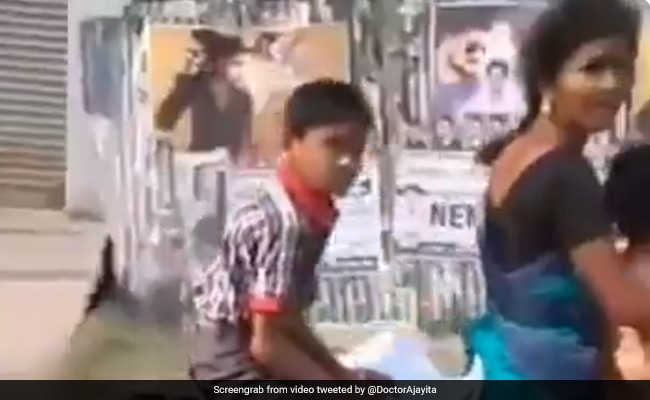 The mother was going to drop the child from the scooty to school, the child was doing homework while sitting in the back seat

A legend doing his homework on the way to school… pic.twitter.com/04Run8x0p6

This video going viral has been shared on Twitter by a user named @DoctorAjayita. The caption accompanying the video reads – Legend doing his homework on the way to school. Mother is going to take the children to school. The child sitting in the back seat is doing school work by opening the copy. People are very much liking this video.

This video has been viewed more than 1 lakh times on social media so far. People are giving funny reaction on the video. One user wrote – Right now all the copies and books will fall into the pits one by one. So another user wrote – Good use of time. The third wrote – Fear of being killed by the teacher.