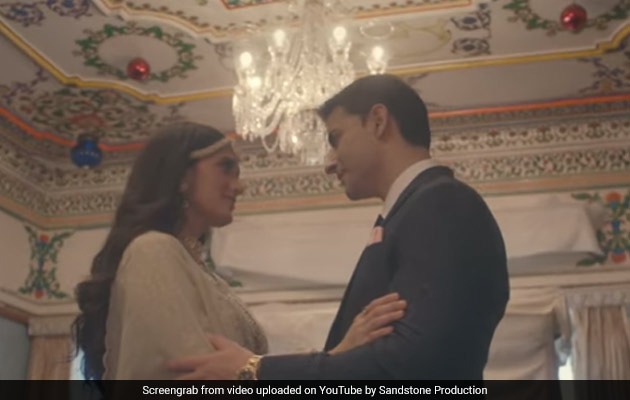 Gautam Rode and Pankhuri Awasthi’s music video ‘Chhano Mano’ has been released on the occasion of Dussehra. A captivating romantic song narrating the everlasting love story of Radha-Krishna along with the exquisite folk dance of Raas-Garba in the song is like icing on the cake for all of us. The just released Chhanomano produced by White Peacock Films and Sandstone Productions is surely a great treat for the fans. Chhano Mano depicts the evergreen love between the characters of Gautam and Pankhuri and most interestingly, for the first time both have forayed into the colorful world of Gujarati music.

Do watch the song ‘Chhano Maano’ once, for sure you will want to watch the song again and again after seeing the song’s melody and the beautiful direction of the video. Most of the Raas-Garba track has been shot in the beautiful city of lakes Udaipur and the video has been shot on a grand scale and in the melodious voice of the extremely talented Usman Mir Sahab. Usman Sahab had made everyone swoon with his perfect timing and excellent voice on the dhol with his biggest hit from Sanjay Leela Bhansali’s Ramlila, and once again he proved himself in this beautiful song.

Gautam Rode and Pankhuri Awasthi have for the first time forayed into Gujarati music through ‘Chhano Maano’. Music is given by Aalap Desai in ‘Chhano Mano’ written by Dilip Rawal and sung by the brilliant and great singer Usman Mir Sahab. And it is produced by White Peacock Films and Sandstone Productions.