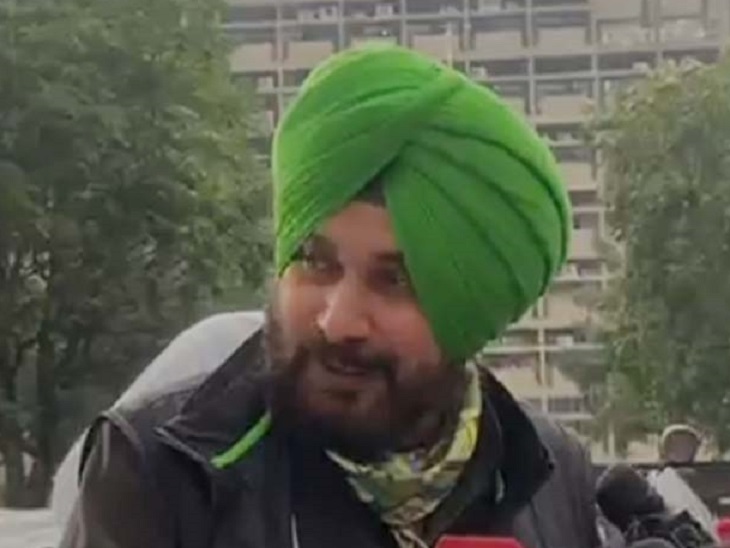 Sidhu interacting with the media.

The first cabinet meeting of the newly formed Charanjit Singh Channi government in Punjab will be held at 8 pm. There is preparation to take some big decisions in this. Earlier, Chief Minister Channi, Deputy CM Sukhjinder Randhawa and OP Soni reached the Punjab Secretariat. Punjab Congress President Navjot Sidhu, Working President Kuljit Nagra and Sukhwinder Danny also reached there. Here the issues to be kept in the first cabinet of the government have been discussed.

After this meeting, Punjab Congress President Navjot Sidhu said that all the 18-point issues given by the high command will be resolved. In that there are 5 of our major issues. Be it electricity agreement, electricity waiver in urban areas or sand mafia, all will be looked into. Out of these, a big decision will be taken on 3-4 issues today. Sidhu said that he will not announce about it as it is the CM’s jurisdiction. Sidhu definitely said that today the hopes of crores of people will be fulfilled.

Deputy CM Sukhjinder Randhawa said that this government has some time left. Whatever works will be done in it. Randhawa also said that the new government will end the culture of the camp office. From CM to Deputy CM and ministers will sit in their offices. When we sit, the officers will also be here. This will make it easier for people to meet him. A direct indication of the camp office culture is from Captain Amarinder Singh. He often worked from Siswan Farm House itself.

The policy will remain, the cabinet will be stamped: Soni

Deputy CM OP Soni said that many issues have been discussed with the Chief Minister. A policy is being made regarding them. After which they will be stamped in the cabinet meeting to be held at night.