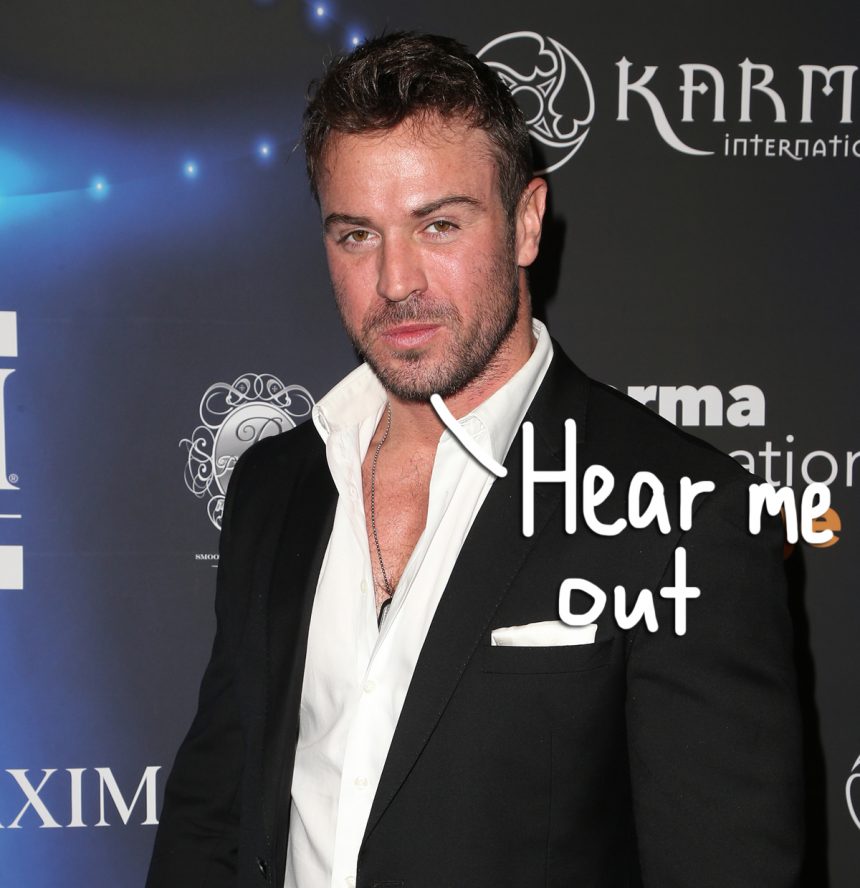 Chad Johnson insists he never laid a finger on his ex-girlfriend during their alleged domestic dispute, but the drama has already caused irreparable damage to his career.

According to TMZ, the former Bachelorette baddie just got cut from the upcoming “Battle of the Bachelors” charity boxing match at SoCal’s Commerce Casino next month.

Bruce Thomas, CEO of Hearts Entertainment — which is putting on the event — told the outlet:

“In no way shape or form do we condone the type of behavior Chad Johnson’s been accused of.”

For those who don’t know, the 32-year-old has been accused of domestic violence and robbery after he was arrested following an alleged altercation with his ex, Annalise Mishler.

Chad took to his Instagram on Wednesday to set the record straight, insisting “there was never any domestic abuse of any kind.” However, he did admit that he had been “drinking” the night of the incident due to being “devastated” about his recent breakup with Mishler.

He explained in the video:

“Me and my girlfriend broke up the other night and I was devastated. It was like losing my best friend. So I did what I haven’t done in two months and something that I promised I wouldn’t do anymore and that was to drink alcohol.”

Johnson said he had gone sober because drinking had been an “issue” in his life, noting he doesn’t “act right” when he consumes alcohol.

So since he and Mishler currently live in the same apartment complex, but different apartments, he “screwed up and [he] drank and [he] went over to talk to her.” He continued:

“I went over there and tried to talk things out and initially, we had worked things out and we were back together and everything was fine until she discovered that I had, in between us breaking up and me drinking, downloaded a dating app and I had started to receive messages on there.”

After a bit of arguing, Johnson said he went home before visiting his ex the next day to hash things out, adding:

“I tried to talk things out and we still had the issues with the dating app and then she came over to my place and she kept recording me. I was very down at the time, I was very upset and I just didn’t want to be recorded, so I made a stupid decision and I grabbed her phone and I just threw it outside.”

The reality star said when he visited Mishler to apologize, one of their neighbors called the police — and in California, as he noted, an arrest must be made for any domestic disturbance.

“I was taken to jail for that and while she was talking to [the police], she told them about how I had thrown her phone, so that was the robbery issue. Now, there was never any domestic abuse of any kind. I have never laid hands on a woman any time in my entire life… I can totally understand why Annalise felt threatened whenever I took her phone, but I am a hundred percent confident any type of domestic abuse charges are going to be dropped. There was never any type of domestic abuse at all, whatsoever.”

Johnson went on to apologize for “the entire situation,” and offered an apology to anyone that was “triggered” by the news, as well as Mishler. Watch his full apology HERE.