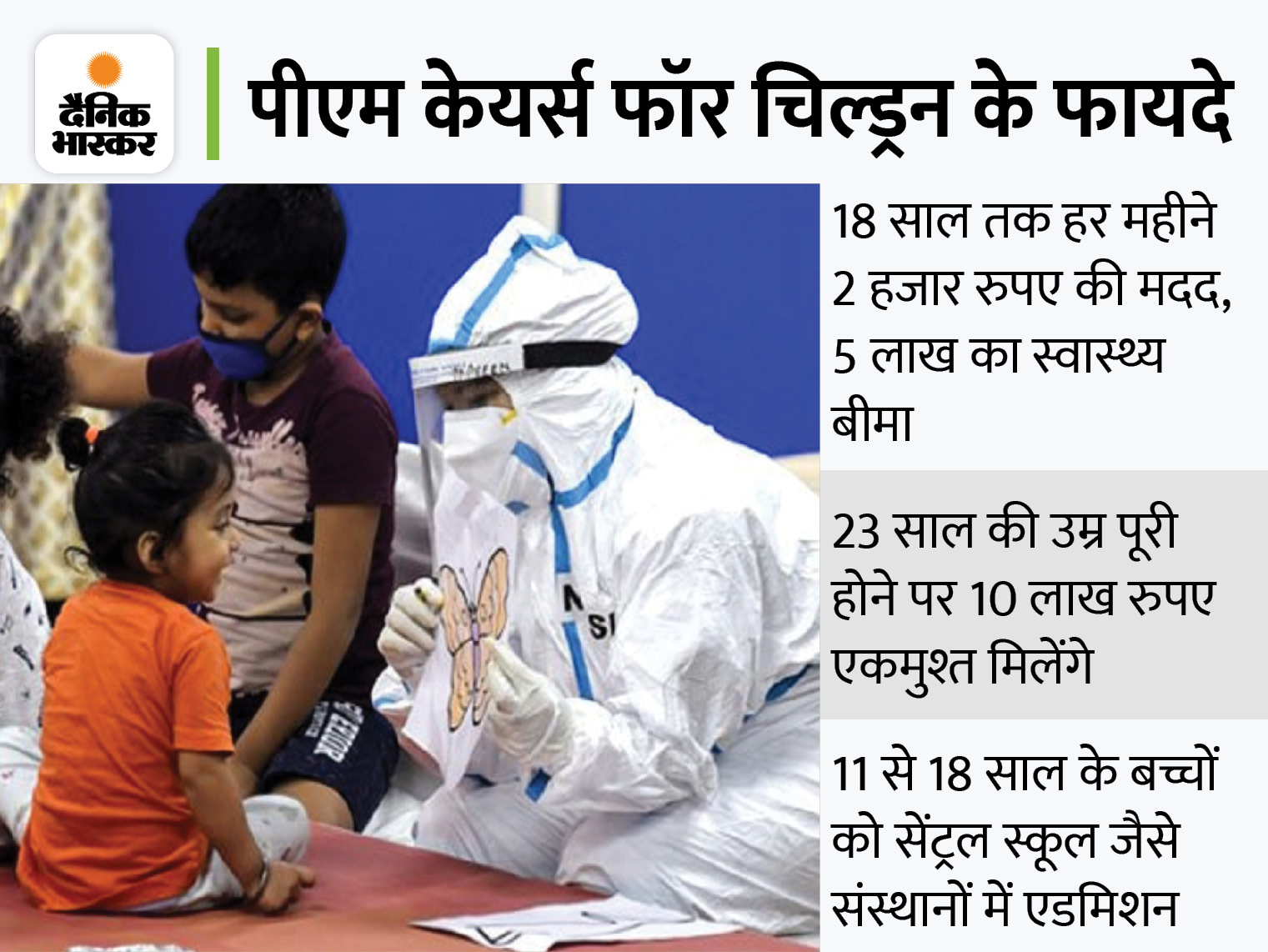 The stipend given to children who lost their parents due to corona infection may increase by Rs. The government can give assistance of Rs 4,000 to such children instead of Rs 2,000. The Union Cabinet will make an official announcement in the next few weeks.

On May 29, Prime Minister Narendra Modi had announced the facility of education and medical insurance to such children under the PM Cares for Children scheme with an assistance amount of Rs. Now a big decision can be taken to increase the assistance amount.

A senior official said that the Union Ministry of Women and Child Development has proposed to increase the stipend to orphan children to Rs. This may be approved by the cabinet in the next few weeks.

3250 applications received so far
According to the Ministry of Women and Child Development, the central government has so far received 3250 applications for PM Cares for Children from 467 districts. Out of this, the district authorities of various states have approved 667 applications. Rest of the applications are under scrutiny process.

On May 29, the PM made these big announcements ..