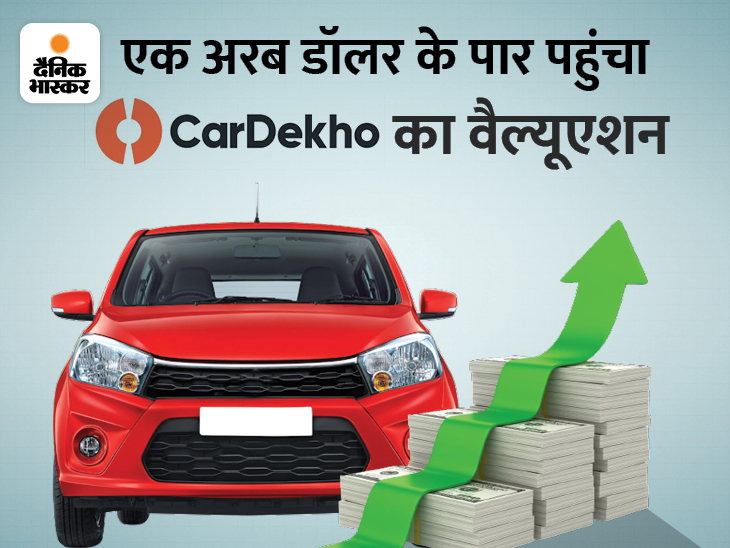 CarDekho, a platform that sells used and new cars, has raised $ 250 million (about Rs 1884 crore) through equity and debt. With this, the valuation of the company has become 1.2 billion dollars (about 9 thousand crore rupees). It is believed that the company may be listed in the stock market next year.

CarDekho has become India’s 33rd Unicorn in 2021. A unicorn is called a startup whose valuation is at least one billion dollars. CarDekho was valued at around $700 million in the last funding round.

More than 3000 cars are present on the platform
CarDekho buys cars in over 100 markets and has over 3,000 cars on its platform with an annual revenue run rate of $100 million (approximately Rs 753 crore). CarDekho also has an insurance vertical, which recently launched a buyer focused platform.

Amit Jain, Cofounder and CEO, CarDekho, said that the sale of the new fundraise will help us expand our used-car transactions and financial services business.

The value was 6033 crores in 2019
At the end of 2019, the value of CarDekho was $ 800 million (about Rs 6033 crore). It was the most valuable company at that time. Its valuation was recently surpassed by Cars24 and Spinny. Cars24 funded by investors led by SoftBank and its value is $1.8 billion (about 13 thousand crore rupees).

CarDekho’s investors LeapFrog Investments, Sequoia and Sunly House Capital have this to say