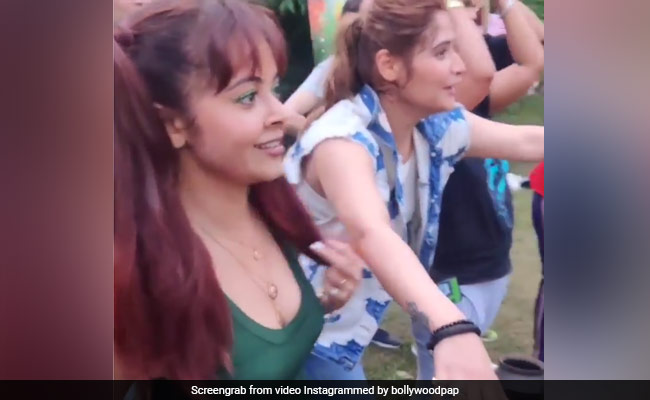 After the end of Bigg Boss OTT, the audience is eagerly waiting for ‘Bigg Boss 15’. The promo videos of the show have already become a hit on social media. Salman Khan will once again be seen hosting a show. Bigg Boss 15 is going to start from October 2. Now its tasks started even before the start of the show. Many videos have surfaced on social media, in which old contestants of the show like Aarti Singh and Devoleena Bhattacharjee are seen participating in the task. It can be guessed from the seriousness of the test that this time the audience is going to be entertained a lot in the show.

Three videos of ‘Bigg Boss 15’ have surfaced. In one, Arti Singh and Devoleena Bhattacharjee are playing Tasto seriously with the team. In the other, she is seen making tea. In the third video, both can be seen posing near the poster of Bigg Boss 15. Aarti Singh and Devoleena Bhattacharjee are seen playing this test in the jungle. Because this time the theme of the show is based on the jungle, so all the contestants will get a way to enter the house through the forest.

Talking about the contestants in ‘Bigg Boss 15’, this time popular stars like Butterfly Song Fame Singer Afsana Khan, Karan Kundra, Tina Dutta, Simba Nagpal, Reema Sheikh, Ronit Roy and Nidhi Bhanushali can be seen. Earlier, many videos related to Salman Khan’s show had surfaced, in which he was seen wandering in the forest. Also, he had warned the contestants that this time the show will have to face a lot of challenges.