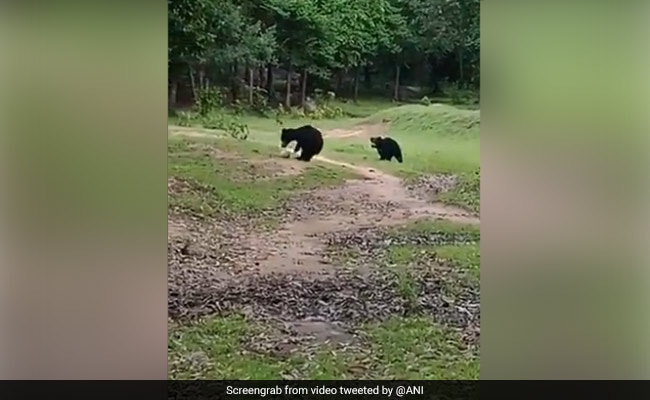 A video of a wild bear and its baby playing football is grabbing attention on social media. The bear was seen playing football with his child in Odisha’s Nabarangpur district. This video is now becoming increasingly viral on many social media platforms. We bet that after watching this video, you too will not be able to live without saying so cute.

The boys gathered at a distance and recorded the rare incident. It almost seemed that the two bears had been closely watching the boys playing football for a long time and when they found it funny, they thought of entering the field to get the football.