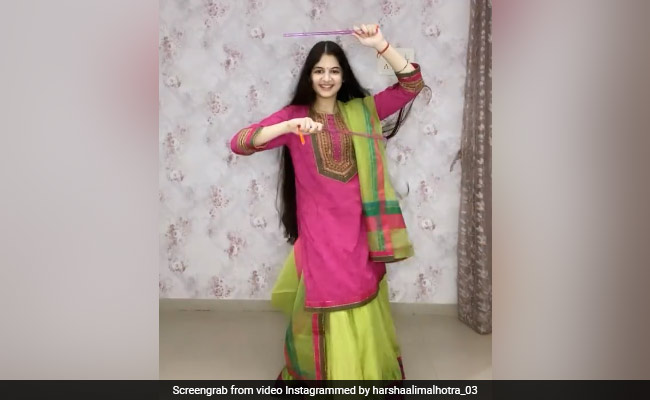 Harshaali Malhotra’s dance video is being liked a lot

Sharing her dance video, Harshali Malhotra wrote: “Don’t know much about Dandiya/Garba dance but Navratri is incomplete without it. That’s why I have tried to do this dance.” Fans are showering a lot of love on this video of Harshali Malhotra. Even after watching the video, you will not be able to believe that she is the little girl of ‘Bajrangi Bhaijaan’ right there.

Harshaali Malhotra gained a lot of popularity with her character of Munni in ‘Bajrangi Bhaijaan’. After this film, people started knowing him by the name of Munni. He was born on 3 June 2008 in Mumbai, Maharashtra. After the film ‘Bajrangi Bhaijaan’, Harshali Malhotra’s cuteness was on the internet. After this film, she worked with Arjun Rampal in ‘Nastik’. At present, Harshali Malhotra has more than 1.5 million followers on Instagram.

See also: The robbery took place in Bigg Boss house, along with a fierce fight