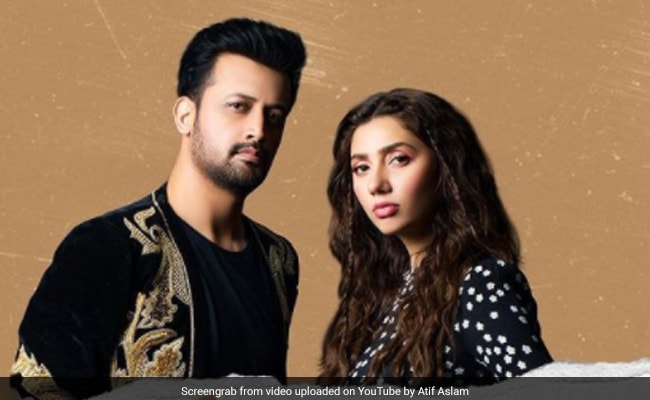 The latest song ‘Ajnabi’ by well-known singer Atif Aslam and actress Mahira Khan of Bollywood and Pakistan was released on Saturday. Atif’s fans were waiting for this song for a long time. The song is currently released in audio form only. The song ‘Ajnabee’ is being well-liked. The songs of Atif Aslam are very famous among the youth anyway. The same is expected of him and Mahira Khan from this song as well. The lyrics of the song are great as always.

Atif Aslam and Mahira Khan have also given information about the release of the song ‘Ajnabi’ on their respective social media handles. This song of Atif Aslam has got thousands of views so far. Along with writing the song, Atif has sung it. Music is given by Mehdi Hassan.

Please tell that Atif Aslam belongs to Wazirabad, Pakistan. He has sung one of the best songs in Bollywood. He sang the song ‘Woh Lamhe’ in the 2005 film Zahar, from which he gained popularity overnight. He also received the Best Background Singer IFA Award for this song. ‘Beinteha Yun Pyaar Kar’, ‘How magic did you do at first sight’, ‘Tu Jaane Na’, ‘Tere Sang Yaara’, ‘Jeena Jeena Kaisi Jeena’, ‘Dil Diya Gallan’, ‘Piya O Re Piya’, Atif Aslam Famous Bollywood Songs.