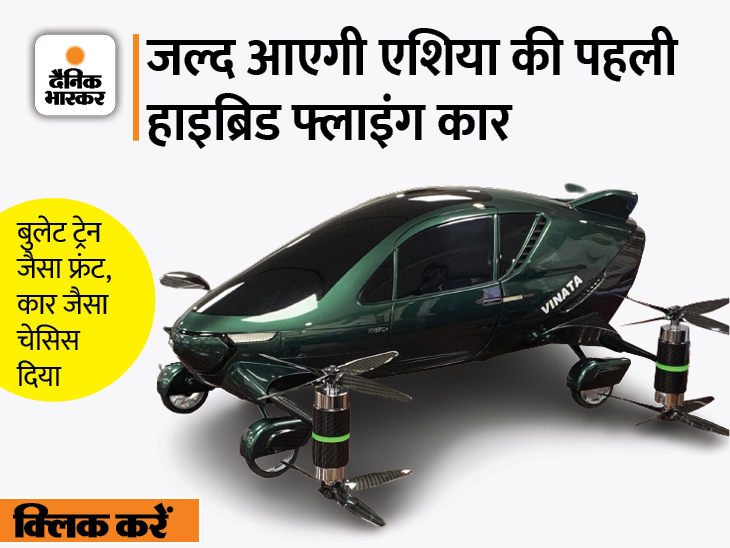 Flying car is no longer a dream. The Federal Aviation Administration of America has given permission to fly the flying car. At the same time, some other companies are working fast on this. Now the name of Vinata Aeromobility Company of India has also joined this list. This Chennai-based company has made this hybrid flying car. The company first showed the model of the car to Civil Aviation Minister Jyotiraditya Scindia.

Scindia said that Vinata Aeromobility will soon prepare Asia’s first hybrid flying car. Apart from the travel of people, this car will also be used for medical emergency services. In the US, the Federal Aviation Administration has given permission to such a car, which is capable of flying at an altitude of up to 10 thousand feet.

what is hybrid car?
A hybrid car looks like a normal car, but uses two engines. It has electric motor with petrol/diesel engine. This technique is called hybrid. Now most companies are working on similar cars.

News of the launch on October 5
The company uploaded the 36-second video on its official YouTube channel on August 14, 2021. According to this, this car can be launched in London on October 5. However, no information has been revealed about its price yet. Its price can be disclosed at the time of launch.

Such is the hybrid of Vinata aeromobility flying car