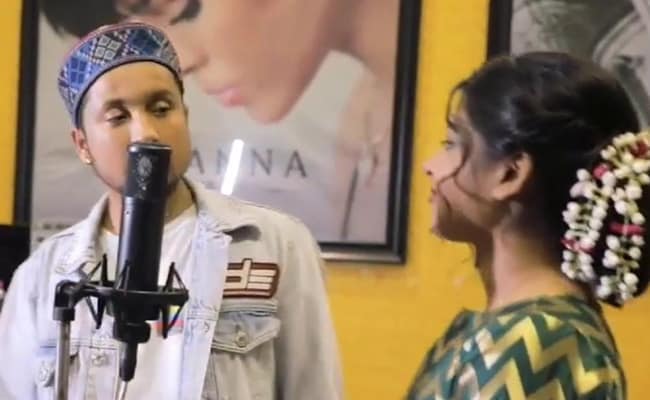 The pairing of Arunita Kanjilal and Pawandeep Rajan is a hit since Indian Idol 12. Romantic moments of both were seen a lot in the show. At the same time, now that the show is over, even then the craze of both is not getting off from the hearts and minds of the people. In such a situation, there is a good news for the fans of these two. Actually, Arunita and Pawandeep’s new song ‘O Sayoni’ has been released. This song from the album Himesh Ke Dil Se is being well-liked by the people.

This song of Arunita and Pawandeep has been shared on Himesh Reshammiya’s channel Himesh Reshammiya Melodies. In the video, Arunita can be seen in a green colored lehenga. On the other hand, Pawandeep is looking very handsome in his outfit as always. In the video, the love-filled pranks of both are being made on seeing and the fans are also liking it very much. The great chemistry of both is also being seen in the song. Commenting on the video, a social media user wrote, ‘Sir please release an Arunita’s single too’.

It is worth noting that Pawandeep Rajan has won the Indian Idol 12 winner’s trophy. People liked the love angle shown between Pawandeep and Arunita during the show. Although it was also revealed that this was done only for the TRP of the show. In such a situation, how much truth is there in this matter, only these two can answer it.