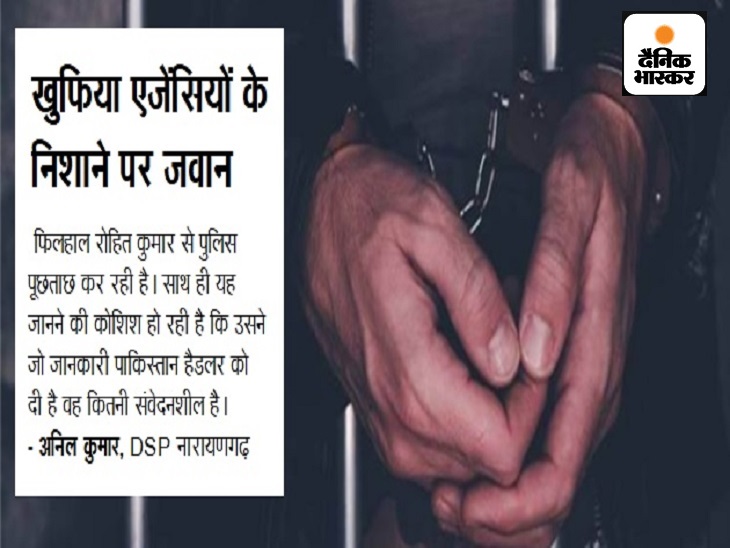 Through Facebook, a Pakistani woman trapped a constable in a honeytrap and got secret and sensitive information of the Indian Army. Rohit Kumar, Halwaldar of village Kodwa in Narayangarh area of ​​Ambala district is posted in Bhopal. Rohit Kumar has been arrested on the basis of inputs received from Intelligence Bureau (IB).

Indian Army personnel active on social media are constantly on target of Pakistan’s intelligence agencies. Rohit Kumar also got trapped in the trap of Pakistani female handler through social media. The woman had sent a friend request on Facebook to Havildar Rohit in the army in Bhopal. After increasing closeness to him, got some important and sensitive information from Rohit. DSP Narayangarh Anil Kumar confirmed that Rohit Kumar has been arrested after IB’s input. Police is currently interrogating Rohit Kumar.

Young soldiers remain on target
According to Defense Ministry sources, young soldiers are often the target of Pakistani women spies. She traps him on the pretext of friendship. It has also been seen that sometimes only the photo and ID of the woman is used, while the handler is a male (mail). He controls the soldiers in a psychological way. Then gathers the information. Pakistani honeytraps keep targeting not only the army, but also BSF personnel.

Officer troubled by such matters
The problem is so serious that even senior army officers are worried about it. Many times instructions have also been issued to the soldiers in this regard. Army officials believe that Pakistan’s method of obtaining any sensitive information is extremely dangerous.

Soldiers are made targets
It has also been learned from the sources that often only soldiers of the rank of soldiers or above are implicated in honey traps. Young officers are rarely targeted. It is easy to trap a young man. That’s why the focus is on them.