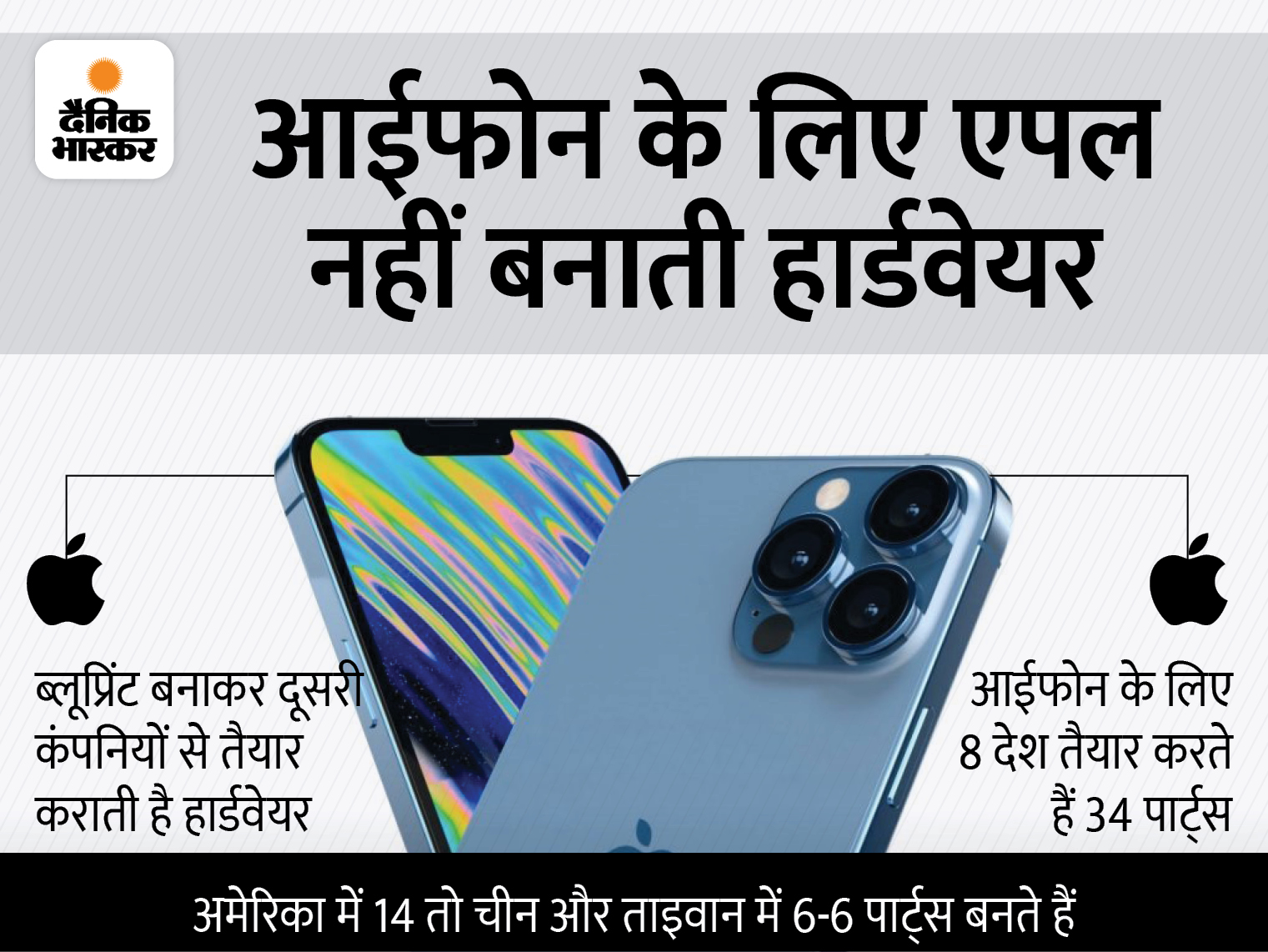 It is discussed that Apple is going to provide 1TB of storage in the iPhone 13 to be launched tonight. It will also get hardware for satellite connectivity. That is, the new iPhone is going to be equipped with strong hardware. By the way, you will be surprised to know that Apple does not manufacture any hardware for the iPhone whose demand is continuously increasing all over the world. Rather, it makes 34 parts of the iPhone from 23 companies in 8 countries.

Tech expert Abhishek Tailang told that Apple prepares the design and blueprint of the iPhone. Then it is partnered with different Original Equipment Manufacturers (OEMs) to manufacture it. Apple makes the same hardware from these companies as it has designed. Along with America, many companies present in countries like China, Taiwan, Germany, Netherlands do this work.

For example, Samsung makes the display found in the iPhone. At the same time, the camera found in the iPhone is made by Sony. However, it is not necessary that the same companies make parts for every iPhone. Changes can be made to this. Apple makes such an agreement with these companies, due to which if these companies leak the details of Apple’s parts or use it in another phone, then they can be sued for crores.

In which country, which company produces parts of Apple iPhone, we understand it with the example of iPhone 6S…

Here we are explaining to you from iPhone 6S. The iPhone consists of 34 different parts in total. In which the accelerometer in Germany and Sony company in Japan manufactures its camera module. In total, iPhone parts are made with the help of 8 countries. These include the US, China, Taiwan, South Korea, Japan, Germany, the Netherlands and the UK.