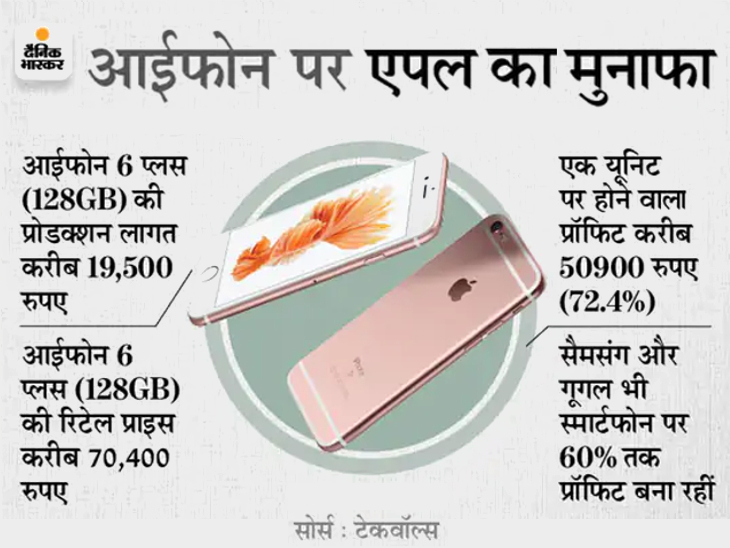 The countdown for the launch of Apple’s iPhone 13 series has started. Due to the lack of semiconductors, expensive raw material and advanced features, its price may be higher than the launching price of the iPhone 12 series. The initial price of iPhone 12 in India was Rs 79,900. The price of iPhone has now reached above Rs. Even after such a price, the craze of iPhone remains in the world.

Have you ever wondered what would be the cost of production of the iPhone which has now reached above lakh rupees? After all, how much profit would the company make on an iPhone handset? Similarly, how much profit do premium Android smartphone makers like Samsung, Google also make on their handsets.

Equal expenditure on both hardware and software of the phone
Tech expert Praval Sharma told that the price of the phone is not determined on a single unit, but by how many million orders are being received. The price of the phone is in the 40-60 ratio in hardware and software. It can be assumed that the company has to spend around 1500 to 2000 rupees in hardware for manufacturing one of the cheapest 4G Android smartphone. In this too, display size, camera megapixels play an important role. At the same time, about 2000 rupees have to be spent for the software. The cost of software which does not get updates gets reduced.

Samsung and Google are also not behind in making profit