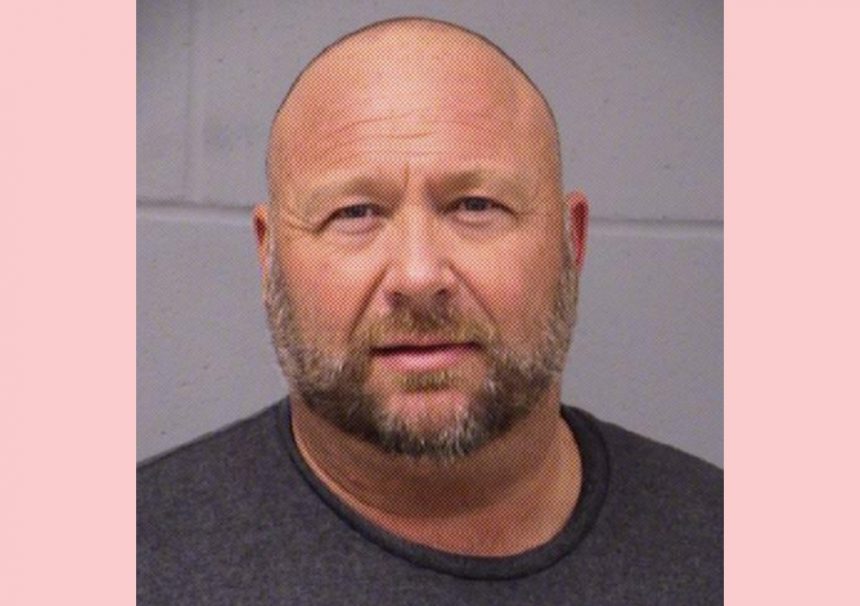 Sure, maybe Alex Jones was driving while intoxicated — if you can believe the evil, liberal media.

And oh yeah, you also have to buy that’s really a mugshot of the InfoWars creator (above), and that it was supplied by the Travis County Sheriff’s Department. You’d also have to buy that the kind of man who would look at grieving parents whose children had been murdered and see an opportunity to sow distrust in the media by accusing them of being “crisis actors” engaged in a “giant hoax” would ALSO be the kind of man who would be so reckless as to drink and drive…

OK, we’re on board. What happened exactly?

The right wing conspiracy theorist and Sandy Hook truther was arrested shortly after midnight Tuesday morning near Austin, Texas, according to the Travis County Sheriff’s Office.

Public information officer Kristen Dark revealed Jones was booked for driving while intoxicated, a Class B misdemeanor offense punishable by a fine of up to $2,000 and a jail sentence of up to 180 days. She also told reporters the infamous Internet host made bail and was out just after 4 a.m. — hopefully with someone else to drive him home.

Jones is currently being sued by six families of victims killed at Sandy Hook Elementary School in that horrific 2012 tragedy which Jones made his name by calling a hoax. In 2017, during a custody hearing, his attorney claimed Jones was just “playing a character” when he was saying these things, just being a “performance artist” who never really believed any of the awful things or intended any of his viewers to believe them. However, he claimed in a court deposition for the Sandy Hook defamation case in 2019 it was a “form of psychosis” which made him really believe all these conspiracy theories.

He really will say anything… which obviously leads us to wonder what kind of spin he’ll try to put on this DWI arrest!

Well, we don’t have to speculate too much… Jones may be banned from YouTube and Twitter and even Periscope, but InfoWars is still around! The right wing site posted a sort of explanation (NOT an apology) for the crime on Tuesday, claiming their founder was pulled over for going 45 in a 40 mph — just 5 miles over the speed limit — and that he “admitted to drinking a small amount of sake at a Japanese restaurant hours before with his wife.” Wow, could he downplay this any more??

Actually, yes. The article goes on to declare Jones was “cleared” of the DWI after “blowing less than a 0.08” blood alcohol content. That is NOT what the Sheriff’s Office said, however — and he can’t just make up conspiracy theories to a Texas judge.

What theory do YOU think Alex Jones will float to excuse his arrest for DWI??