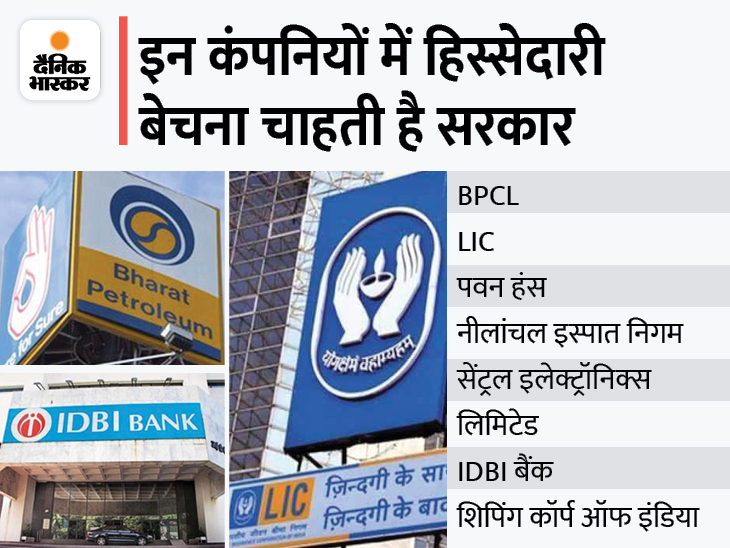 After handing over Air India to private hands, now the central government will work fast to meet the target of privatization and disinvestment. In the financial year 2021-22, the Modi government is planning to privatize or disinvest more than half a dozen companies.

Government will also give BPCL in private hands
A few months back, Investment and Public Asset Management (DIPAM) Secretary Tuhin Kant Pandey had told that the privatization work of Bharat Petroleum Corporation (BPCL) would be completed by March 2022. Apart from this, the government also wants to complete the process of privatization of Shipping Corporation of India, BEML, Pawan Hans and Nilanchal Ispat Nigam this year. The process of privatization of all these companies is going on. Apart from this, two PSU banks and one insurance company are also to be privatized.

Government will fill its pocket by selling stake in these companies

Pawan Hans: Helicopter maker Pawan Hans is also planned to be given in private hands. The government currently holds 51% stake in it and 49 per cent is held by state-owned oil and gas company ONGC. ONGC has also decided to sell its stake.

IDBI Bank : The cabinet has given approval for strategic disinvestment and management control transfer in IDBI Bank. The central government and LIC have a total stake of 94% in this bank. In which LIC holds 49.24% and the government holds 45.48%. Apart from this, 5.29% stake is held by other investors. The Finance Minister had said during the budget that the process of privatization of IDBI Bank would be completed in the current financial year itself.

SCI : Shipping Corporation of India (SCI) is also to be privatized before March 2022. In this also the government is selling its entire 63.75% stake. For this also many companies have shown interest. Out of which the names of three companies have been finalised.