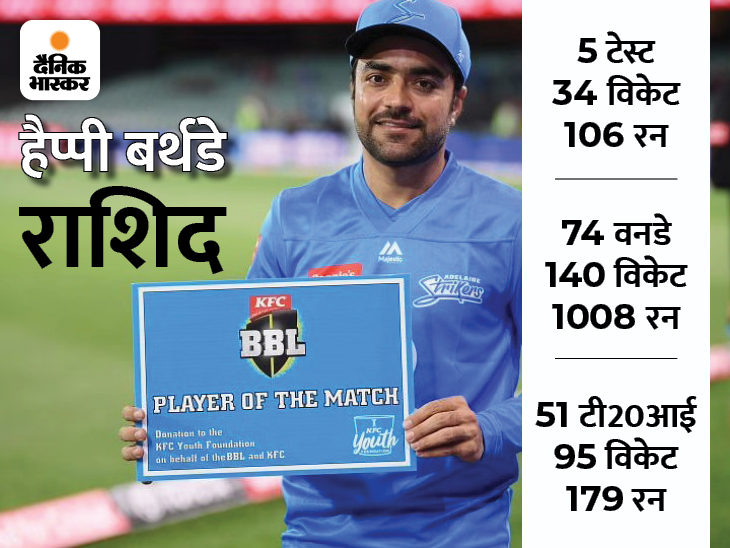 Rashid Khan is celebrating his 23rd birthday today. Rashid Khan has started his journey with a lot of struggle. At a very young age, he has made big records in his name. Due to the Civil War, he had to leave his country and he lived in Pakistan with his family for a few days, but Rashid did not give up and he returned to Afghanistan and pursued his career. He has also been one of the youngest captains in the world.

No. 1 bowler in T20
Talking about the achievements of Rashid Khan, he has also made a world record for taking the fastest 100 wickets. He has taken 34 wickets in 5 Test matches and 140 wickets in 74 ODIs. His best performance in ODIs has been 7-18. Along with IPL, Rashid plays in T20 leagues around the world. He is a part of Sunrisers Hyderabad in IPL. He has played 277 matches in his overall T20 career and has taken 384 wickets.

Even down the order, Rashid is known to contribute well with his bat as well. He has 106 runs in 5 Test matches, 1008 runs in 74 ODIs and 179 runs in T20 Internationals. Rashid has hit 6 fifties in all three formats.