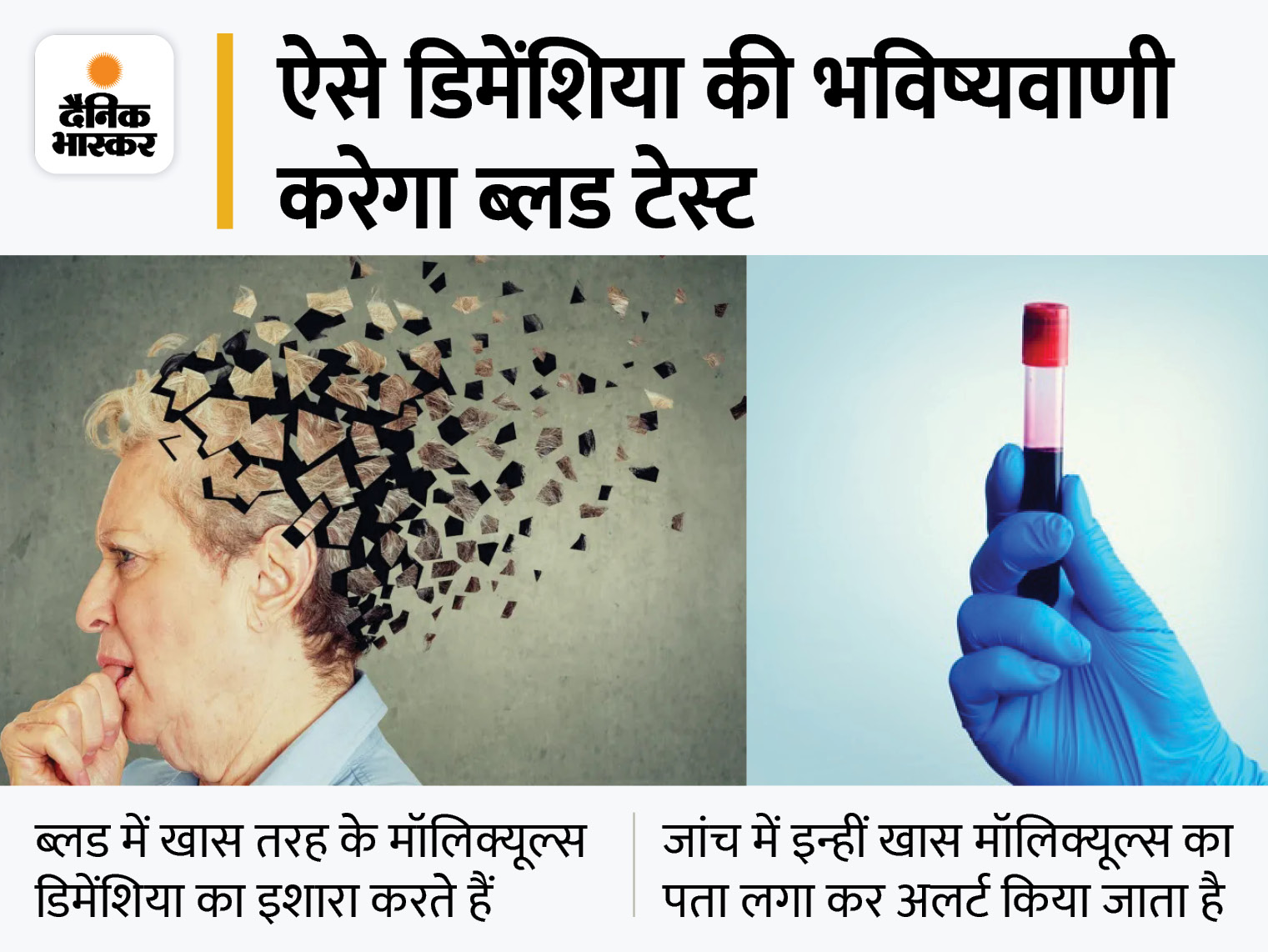 Dementia is a phenomenon of the ability to think and understand memory. Its cases come to the fore in the elderly. Dementia will soon be detected 2 years before it occurs. A blood test will give this information.

Scientists from Germany’s University Medical Center Göttingen have claimed to detect dementia through a blood test. Scientists say, such molecules have been identified in human blood, with the help of which dementia can be predicted 2 years in advance. This will make it easier to treat and control the disease.

Early detection of dementia is therefore important
According to researcher Andrey Fischer, symptoms of dementia usually begin to appear in the patient when a part of the brain has been damaged enough. It is detected late in most of the cases. If its information is received in time, then it can be stopped from growing.

That’s why there is a need for such a blood test that can alert before the danger increases. We are confident that this investigation will help in controlling such cases.

Researchers studied rats and humans. During the study, 3 such micro-RNAs were identified which are associated with the mental performance of humans. To understand this, these three micro-RNAs were compared in young and old.

The research report revealed that those who got less quantity of them had better mental health. At the same time, those with higher levels had an increased risk of diseases such as Alzheimer’s and dementia by 90 percent in the next two years.

Understand how to prevent dementia

New research by Australian scientists says, if you drink more than 6 cups of coffee daily, it directly affects the brain. As a result, the risk of memory loss (dementia) in such people is up to 58 percent. The fear of stroke also remains.

If you want to prevent dementia, then eat apple daily. According to research, two such elements have also been found in apples that prevent memory loss. These elements reduce the risk of diseases such as Alzheimer’s and dementia. This claim has been made by scientists from the German Center for Neurodegenerative Diseases in Germany.

If you want to control the decreasing memory with age, then definitely take a nap of 5 minutes in the afternoon. Chinese scientists have made this claim in their research. According to scientists, the pattern of sleep changes with age, but some time taken in the afternoon is common to all. It is beneficial for the mind.

A study conducted in the US has revealed that sleeping 6 hours or less by the age of 50 increases the risk of dementia. According to the report published in General Nature Communication, people who do not get enough sleep are at increased risk of memory loss by the age of 70 years.